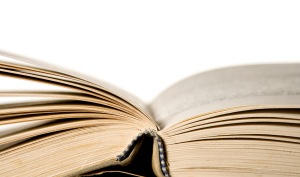 So here’s the deal. I’ve decided to set a mission statement for this blog and clear the air about something. It’s been in the news (mainly in publishing circles, but also in The New York Times) that there’s a lot of bogus book reviewing going on online. And I want to assure you that every post and review in this blog is my opinion.

Some Background on the Controversy

Essentially, there are marketing companies (primarily serving self-published authors) that offer to write numerous favorable reviews of a book, then post them online and on Amazon in order to help the book get traction and sell more copies. For enough money, they will post hundreds of five-star reviews. They call it ‘sock puppet’ reviewing. But in my opinion it’s not just the corporate purchasing of reviews (which was awful enough): there are a lot of bloggers
out there who depend on their relationships with publishing companies in order to get the free books and advance copies that their content is based on. As a result, they are significantly more likely to produce favorable reviews. Now, I think we can all agree that the corporate practice of writing fake reviews is awful, so I’m going to focus on the blogging issue for a moment.

In a way, I sympathize with the bloggers. They’re trying to make a go of something that isn’t easy. Constantly purchasing books to review would make it impossible. I don’t agree with it, but I do sympathize.

As an example of how this works, let me share what I remember from when Amazon launched it’s Vine program a few years back. For those who don’t know, the Amazon Vine program is an invitation-only ‘club’ for top reviewers on the site. Two monthly newsletters go out to members (one smaller, targeted newsletter followed a week later by the entire list of what is available), featuring free content: advance reader copies of books, limited electronic or household items, a dash of grocery samples, etc. Vine members can choose whatever they want with the stipulation that they need to write a review of the item in order to continue choosing stuff from the newsletters.

I was among the reviewers included in the first rounds of invites. While exploring the password-protected Vine page on Amazon, I discovered a discussion page. Many of the people who had been invited were expressing concern about reviewing their free items. What if they didn’t like it? Would they be forced to return the item? Would they be kicked out of the group if they wrote enough unfavorable reviews? Amazon employees repeatedly posted that it didn’t matter if they liked the item or not so long as they reviewed it, promising that no one would be penalized for expressing displeasure with something they had selected. Still, the worrying among Vine members persisted.

To be honest, I was a little nervous too, especially when lo! and behold, I absolutely hated the very first book I got from them (I don’t recall the name of it, but it was by Roopa Faruki and had promised to be similar to Jumpha Lahiri or Zadie Smith. It was, to be frank, not even playing the same sport as Lahiri or Smith, let alone in the same ballpark). But I thought it was important to be honest, so I wrote a relatively scathing review. It was far from the last time I’ve written a bad review for a Vine product. In fact, I’m pretty sure that the majority of my Vine reviews have been negative. You know what? I’m still a member.

But I’ve noticed something. Most of the Vine reviews you see are positively glowing. I can’t say for sure, but I’d bet big money that the people who were afraid of getting the boot decided to play it safe and be nice. A while back I scoured Amazon’s regular discussion forum and found that many people would rather not post a review at all rather than post a bad one.
I guess it’s only to be expected–these people aren’t professional critics, after all–but it’s still deeply troubling to me.

It is, in my opinion, a despicable practice because it intentionally misleads the public. It’s no different from being a corporate sock puppet, in a way.

People increasingly go online to discover new books. Don’t get me wrong, they still go to bookstores, but bookstores are a troubled institution these days. There’s no shortage of knowledgeable booksellers, mind you, it’s just that a lot of people prefer to buy online (an issue for another blog post/rant. I could write for hours about why bookstores are still vital but it would be beside the point). Reviews are a big part of the selection process for a lot of people. If the reviews are misleading they, obviously, can’t make an accurate, informed decision. Odds are they’ll end up reading something they don’t like.

Is it the end of the world if someone reads a bad book? Certainly not. But so many people complain that there just isn’t any good literature anymore. It’s not true! There are good books to be discovered! OK, there’s a lot more crap to be found, but with some proper guidance you could get people to the books that will really speak to them.

Bookstores and publishing are having a rough time right now, so having a satisfied reading public is absolutely essential. If people feel like they’re only reading crap they’ll eventually slow down their reading or stop altogether. That sounds fatalistic, but I can tell you from my bookstore experience that people get very frustrated when they can’t find a good book. And they hate spending money on crap. Heck, since the economic downturn in 2008 they hate spending money on books, period.

There’s also the issue of trust, but I hope we can all agree (at least in a general sense) that dishonesty is bad and makes the baby Jesus cry.

So what am I going to do about it? First and foremost I can promise you that the opinions reflected in my posts are mine–and they have not been influenced by any outside factors. What you read is what I believe.

But that seems a little too simple. How can you really trust me?

Here’s my big promise to anyone who comes to this blog: complete transparency. Yeah, I get free books every once in a while. Yeah, I work in publishing. I can tell you that these things don’t have an impact on my opinions, but you can go ahead and decide for yourself. I’m going to tell you how I got my hands on every book I review: if it was from Vine, if I managed to snag a copy from work, if I purchased it for myself, etc. That way everyone knows the deal.

I work for a division of Macmillan at present. So far I haven’t reviewed anything that came from one of our clients, but I have reviewed at least one title that same from another division of Macmillan. There have been a number of other reviews posted, so at the bottom of this page I’ll break down where they all came from. Just to get things started.

One of my favorite things is having a discussion about books. It’s a lot more interesting when people don’t agree. Maybe I hated something you liked, or vice versa. So it’s a lot more important to me that we all express our honest, love-’em-or-hate-’em opinions. Sometimes that made me a bad bookseller back in the day, but I think our customers appreciated the honesty.

Here’s where the books I’ve reviewed so far came from:

Books I purchased myself: Gone Girl, Assassination Vacation, The Brief Wondrous Life of Oscar Wao, Are You My Mother?, The Fault in Our Stars, The Sisters Brothers, Talking with My Mouth Full,

Free copy from BEA: The Land of Stories

Books I scored from work: Half-Blood Blues, Bring Up the Bodies

Have questions? Feel free to ask.