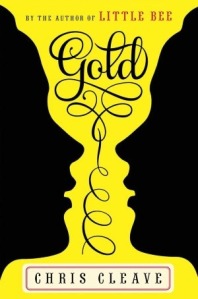 I’m going to be honest with you: I didn’t finish this book. Don’t think I ever will. The plot is nothing but ham-fisted emotional manipulation with poor writing, and it’s insulting.

You have Kate and Zoe, two female cyclists getting ready for their final Olympics. Zoe inexplicably has rock-star athlete status and a tabloid lifestyle thanks to her previous gold medals. This is inexplicable because, really, put Lance Armstrong to the side and name one other cyclist–current or retired. Can’t do it, can you? Thought so. Anyway, Zoe has dedicated everything to her craft. She’s succeeded and wants one
last gold medal before saying goodbye to the sport that has defined her life.

Then there’s Kate. Despite the fact that she’s naturally talented (probably even better than Zoe), Kate has no gold medals and no fame. While Zoe sacrificed her life for her career, Kate has repeatedly had to give up her career for her life. She has a husband and a daughter with leukemia (more on that later). Her daughter Sophie has indirectly kept her from the Olympics twice (first by being born, then by having her first bout of leukemia). Now Kate has her last shot at Olympic glory and what do you know, Sophie’s leukemia is having a recurrence. Will she once again have to put her dream to the side? I choose to ignore her husband as much as possible, because his wooden presence and connection to both Zoe and Kate (which is not as shocking or as revelatory as the author seems to think it is) was nothing short of a snoozefest.

There’s something going on between Kate, Zoe, and Jack (probably relating to an affair), but it’s really too bothersome to care.

I might have accepted the cliched set-up, the stock characters, the mediocre writing, the reliance on cheap gimmicks to get the reader emotionally involved instead of actual character development–but the Sophie angle was my breaking point. It’s a bridge too far to use a dying child to wring tears out of your readers. Emotional manipulation never sits well with me anyway, but this was particularly egregious. One could argue that Sophie raises the stakes for Kate, but in the end this character doesn’t exist to teach you a life lesson or to further the plot; she exists to make you feel sad. There are real sick kids in the world, and they deserve better than to be reduced to a clumsily cloying presence in trifle like this. Sophie vomiting into her beloved Millennium Falcon toy to try to hide her sickness from her parents was the moment I broke up with Gold. It’s a horrifying moment, to be sure, but it exemplifies what’s terribly wrong with this book: it’s an emotional reaction Cleave is exploiting, not earning. And, to me at least, it’s beyond grotesque.

In accordance with my recent mission statement, I received this book through the Amazon Vine program.