Previously, we discussed the many differences between Tess Gerritsen’s gritty Rizzoli & Isles books and the decidedly-not-gritty TV show (read all about it here). But it’s hard to get at the scope of a series without taking a look at it in depth. I told you that the characters took journeys on the page that they just couldn’t on the screen (most of television seems to thrive on keeping characters in a holding pattern). So let’s take a look at those journeys in order, shall we?

A quick word: a bookseller friend of mine notes that she can’t read these books because she finds them too gruesome. So if you can’t stomach things like Criminal Minds, this may not be the series for you.

At the time of this writing there are ten Rizzoli and Isles novels and two short stories. I’ll discuss the first three adventures here. Take a deep breath. We’re going in. 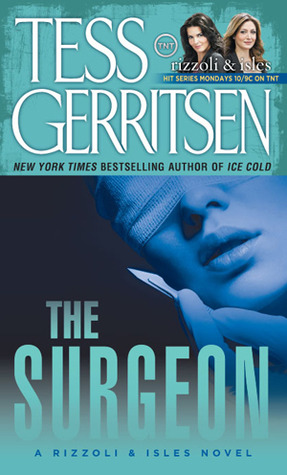 It’s very odd that this book is the first in the Rizzoli & Isles series because the Isles portion of the equation is notably absent. Like, she doesn’t appear at all. And Jane Rizzoli is a minor character. Go figure. Instead, Thomas Moore (Rizzoli’s original partner) is the central detective. He’s investigating a chilling series of murders in which the victims are systematically tortured and killed with highly precise surgical methods. Rizzoli and Moore quickly establish a connection between their case and a series of earlier murders that ended when Dr. Catherine Cordell somehow managed to escape and kill her tormenter. Moore ends up racing against time to protect Cordell from the copycat killer and uncover his sinister origins.

Like I said, it’s an odd intro to a series centered around Rizzoli and Isles, but it’s a solid mystery thriller. Anyone who enjoyed Thomas Harris’ The Red Dragon or The Silence of the Lambs would feel pretty at home here. After Michael Connelly’s The Poet, this was one of my go-to book recommendations for people looking for a gritty mystery novel when I worked at Borders. People were seldom disappointed, and usually came back for the next installment in the series.

My minor quibbles include that Moore fits a little too closely in the cliche of hardened male detectives so common in mystery thrillers. He’s basically a Harry Bosch clone. Rizzoli, a dedicated female cop trying to make it in an incredibly male-dominated field whose hardened exterior masks emotional neediness, was a much more interesting character. Small wonder she got the series. There’s also a tired love triangle between the three leads, which is a mystery thriller cliche I would love to see done away with. Strong female characters are undermined when they just can’t help but fall for the hardened male detective character. 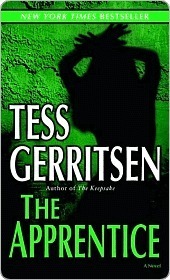 Detective Rizzoli is back, and there’s a new Medical Examiner on the scene. You guessed it! Maura Isles makes her grand entrance in the second installment of the series, and the not-so-dynamic duo is born. I say it like that because in the novels they never exactly form a partnership the way most duos do. They have a relationship born of respect and dedication to their jobs, but the Rizzoli and Isles who sit on the couch with a glass of wine discussing their sex lives on the TV show? Never gonna happen here.

Anyway, Rizzoli is shocked to her core when a series of murders mimicking the Surgeon begin cropping up. Forced to face her fears regarding the case that almost ended her life and left her physically scarred, Rizzoli teams up with FBI agent Gabriel Dean to get to the bottom of this case before the Surgeon’s deadly acolyte comes after her to finish the job.

It’s another solid mystery thriller, but it’s a relief that Gerritsen trod new ground in the next book. Using an acolyte to force Rizzoli to deal with the damage the Surgeon did was a nice touch, but it feels like narrative wheel-spinning at times. It doesn’t help that she essentially assumes the role of Catherine Cordell here: the smart, defiant woman who got away from a surgical killer, desperately trying to prevent someone from finishing the job.

And yes, Rizzoli once again falls for the male lead, but in this case Dean is more of her equal in a relationship. Gerritsen plays off the question of whether or not Rizzoli can trust the dashing agent by tying it to her severe relationship phobia and general trust issues.

As an aside, this book served as the basis for the first episode of the Rizzoli & Isles TV show, because unlike The Surgeon it actually has Maura Isles in it.

Dr. Isles takes center stage for the first time in a doozy of an installment. This sets up the dynamic the books will utilize from here on out: alternating viewpoints. One book is Jane-centric, the next focuses on Maura, and so on.

It’s winter, and an incredibly brutal murder committed in a secluded convent is doing nothing to stave off the chill in the air. A woman about to take her vows has been killed and a nun has been left critically injured. During the autopsy Maura discovers something shocking: the murdered woman had recently given birth. Nothing is as it seems, and as Rizzoli and Isles pursue the truth about what happened at Our Lady of Divine Light they begin to uncover dangerous truths.

It’s a bang-up case: twisted and gruesome and with an overwhelming sense of unease for the reader.

Plus, Maura meets Daniel Brophy, a handsome priest who occasionally works with the homicide squad to provide comfort to the survivors of violent crimes. Thus begins a dance of attraction all the more compelling the more they try to reject it.

OK, that’s it for now! Be sure to visit part II, in which Maura meets her doppleganger, Jane is held hostage (and knocked up), and Maura gets caught in the web of a mysterious and ancient club obsessed with tracking down evil.

2 thoughts on “The Rizzoli and Isles Books, by Tess Gerritsen (Part I)”