This one is going to get ugly. Like, really ugly. Deciding between the top four Best Actor winners from 2000-2009 is actually painful. There are four actors who genuinely deserve to be top dog here, but only one can snatch the title. Feel free to hate me for my choice if you must, but understand that the separations are hair thin.

Once again, it behooves me to remind you that although I will comment on who I think should have won in each given year, whether or not a performance deserved its win cannot impact the ranking in and of itself.

OK, let’s do this. Like ripping off a Band-Aid.

Yes, The Pianist is a good movie. Yes, Brody did an excellent job getting across the pain and desperation of Wladyslaw Szpilman’s true story of survival against incredible odds as a Polish Jew during World War II. But let’s face some harsh facts here: this was not even the best performance of 2002, let alone the entire decade. Brody won because Daniel Day-Lewis and Jack Nicholson split the vote (for playing, respectively, a vicious gang leader in Gangs of New York and a recently widowed old man in About Schmidt). There, I said it. Sometimes the truth hurts. Love the movie if you will (it’s a great film), but facts are facts.

Should have won in 2002: Like I said, Day-Lewis and Nicholson split the vote. Day-Lewis was all sociopathic bluster in Gangs of New York, but I would have honored Nicholson’s uncharacteristically subtle work as a widower in About Schmidt.

Sean Penn’s career was reinvented by his performance as the head of a gang whose beloved daughter is murdered. Penn’s rebirth from petulant critical darling to respected actor carried him all the way to a second Academy Award later the same decade (more on that later). And while I personally prefer the book Mystic River to the movie, Penn brought an exceptionally difficult character to life. A lesser actor would have either failed to make him sympathetic or made it difficult to believe the character’s propensity for violence. Penn embraced the shades of grey and made them sing. The role’s downfall is in its slight superficiality.

Should have won in 2003: Many would make a case for Bill Murray’s performance in Lost in Translation or Johnny Depp’s in Pirates of the Caribbean. I am not either of those people. Penn.

Bridges is great as a faded, alcoholic country singer trying to get his career (and his life) back on track despite himself. The movie? Snooze. I have a recent history of having low tolerance for stories about white men who can’t get their act together and Crazy Heart falls into that camp. To top it off, there’s a wholly unbelievable love story with a much younger woman who falls for the tortured artist. Complaints about the movie aside, Bridges is great. It should be noted that the movie only works because Bridges is so good.

Should have won in 2009: Colin Firth was great in A Single Man but Bridges deserved it. 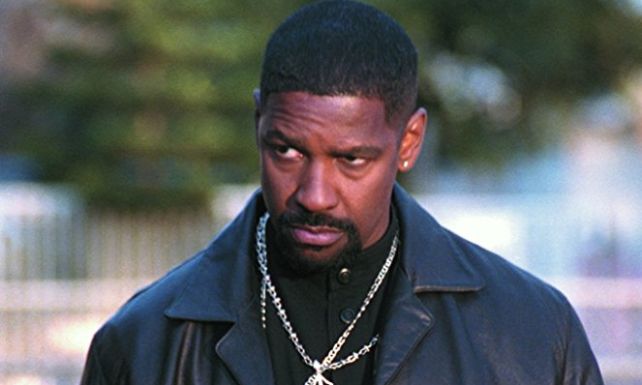 Denzel’s turn as dirty cop Alonzo Harris set the screen on fire and watched it burn. You could argue that Washington coasts on his natural charisma in order to bring Harris to life, and that wouldn’t necessarily be wrong, but let’s be real: Denzel Washington coasting on charisma is a great deal better than a lot of other performances out there. He’s captivating and memorable. Some may argue that he shouldn’t have won over Russell Crowe in A Beautiful Mind. In the end, the Academy chose Washington, so here we are.

Should have won in 2001: Crowe and Washington provided ample fireworks but I’d go with an overlooked contender instead: Tom Wilkinson’s quiet, lived-in performance as In the Bedroom‘s devastated father. It’s a perfect match to Sissy Spacek’s showier turn as his wife, and the pitch-perfect way they play off of each other leaves you just as heartbroken.

Whitaker is fantastic as the treacherous dictator Idi Amin. I really mean that: fantastic. But to me there’s confusion about who the true leading actor of the movie is; it’s much more about James McAvoy’s character, which makes Idi Amin a sideshow that steals the spotlight more than the main event itself. Whitaker does a great job showing the heartlessness and jovial charisma of Idi Amin, but an argument could be made that he’s merely supporting a movie that’s supposed to be about him.

Should have won in 2006: Sentiment was with Peter O’Toole’s last shot at a competitive Oscar for Venus, but the real story is that Leonardo DiCaprio changed his classification for The Departed to Supporting Actor thinking it would increase his chances of winning. No one bought the category fraud so it failed, but they did throw him a nod for Blood Diamond in Best Actor instead. As much as I hate The Departed, Leo’s frenetic desperation was captivating and I would move him back to the category where he belonged and give him the win over Whitaker.

Maximus Decimus Meridius should have been a fairly standard action-drama role, but he became one of the most iconic movie characters of all time. That comes down to Russell Crowe’s bravura performance. Maximus’ bloody quest for revenge would not be the pop cultural landmark it is without Crowe, so credit must go where it is due. Besides, good acting in a genre movie is still good acting. And were you not entertained?

Should have won in 2000: It’s tempting to say Ed Harris’ kinetic energy in Pollock was overlooked, but carrying a movie with the intensity Crowe displays here takes great skill. I’d still give Crowe the win.

Say what you will about Jamie Foxx (his career post-Oscar hasn’t been so great), but man, did he deserve his Oscar for playing music legend Ray Charles. Not only did he transform himself, he made it look effortless. Throughout award season, he continued slipping in and out of character at award shows. He could just turn it on and off like it was nothing. Hell, he even managed to look just like Ray Charles. It’s a wonderful performance.

Should have won in 2004: Jamie Foxx carried the day. 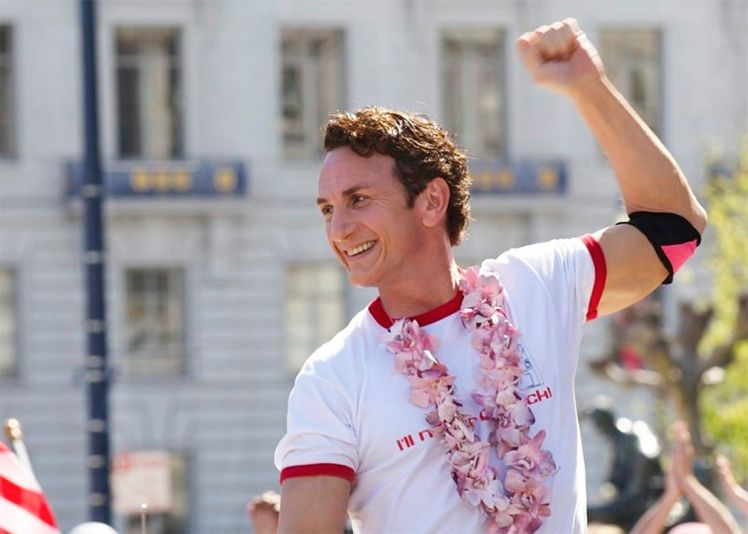 I fully admit that Sean Penn making it this far for Milk is something of a sentimental choice on my part. So sue me, this is my list. Penn executed a perfect landing in a role with a significantly high degree of difficulty. Penn vanished behind the tics and mannerisms of Harvey Milk, the first openly gay elected official, without for a moment devolving into caricature. Silly confession: I occasionally rewatch the trailer for this movie on YouTube and his performance gives me the chills every single time. It’s an astonishing achievement. Full stop.

Should have won in 2008: There are those who will sniff and say that Mickey Rourke should have won for The Wrestler in 2008. I say shut your mouth. Penn always deserved to win over Rourke.

Like Jamie Foxx and Sean Penn, Hoffman completely transformed himself to play Truman Capote. It’s the mannerisms that were truly astonishingly captured here. The high-pitched, nasal voice. The fact that Hoffman captured all these things without turning them into a caricature. It would be so easy to go over-the-top with Capote. Hoffman had the immense talent to capture a larger than life man with nuance and subtlety. Capote is made better for that–because Hoffman gets to the heart of the fear and the insecurities that drove Capote to use that very persona as a shield. He showed you how this theatrical, larger-than-life man used his ‘in your face’ persona to mask deep pain and insecurity.

Should have won in 2005: 2005 was an incredibly tough year. There were two worthy performances that year: Hoffman’s and Heath Ledger’s in Brokeback Mountain. I always want to go with Ledger, but I really respect what Hoffman did in Capote. Hoffman. 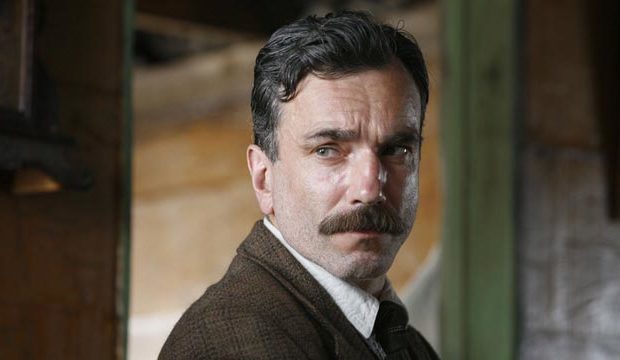 Daniel Day-Lewis’ performance as Daniel Plainview, a sociopathic oil man, is towering. Staggering. Near-legendary in pop culture at this point for belatedly inspiring thousands of “I drink your milkshake” memes. Destined to be a classic. I might complain that Plainview’s sociopathic bluster doesn’t feel authentic, although it is absolutely spellbinding. Day-Lewis is incredible, but at no point do I feel like I’m watching a real person. We never get to see into the deep, dark, black, milkshake-filled heart of Daniel Plainview. But maybe that’s also the point: we will never really know what hurts, goals, or joys motivate Plainview. He’s just a force to be reckoned with.

Should have won in 2007: Day-Lewis. Can you imagine the carnage if he had lost?

For more, check out my Academy Awards page. Up next, we move to the 90’s to determine which movie is the Best Picture of the 1990’s.

Now let’s see how the list would look if all the men who should have won took home Oscar instead: