Now that I dropped a bombshell in determining the Best Picture of the 90s, let’s take a trip to some less controversial waters. 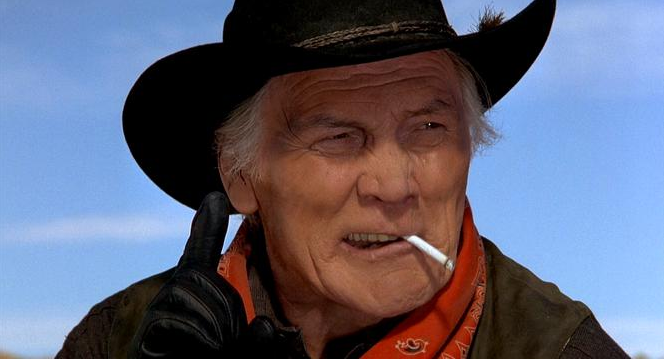 No, seriously. Jack Palance won an Oscar for City Slickers. Palance had enjoyed a long career in Western movies, so chalk this victory up to a ‘Lifetime Achievement’ award–an unfortunately frequent occurrence in Academy lore. To be fair, Palance is in fine, crotchety form as Curly, the experienced cowboy guide leading the titular city slickers on a cattle drive. He gets a lot of laughs by really just being himself opposite Billy Crystal. But he wasn’t the best performance by a long shot.

Should have won in 1991: Palance’s win was something of a surprise, but to be honest the competition was weak. I’d probably narrow it down to the two nominees from Bugsy: Ben Kingsley and Harvey Keitel, with an edge to Keitel. Jones was nominated against Palance for JFK a year earlier, which probably gave him some momentum here. It’s another fine performance that shouldn’t necessarily be an Academy Award winner. Jones is great as the gruff Federal agent chasing down Harrison Ford’s doctor-on-the-run. He’s ruthless, he’s smart, he’s funny (in a deadpan sort of way). The Fugitive really comes alive because the man doing the chasing is just as interesting as the man on the run to prove his innocence. But if you think Jones was the best of the year, you should probably get your head checked.

Should have won in 1993: Ralph Fiennes for Schindler’s List–a performance that would have topped this list if it had won. As the good doctor running a New England orphanage (who performs abortions on the side), Michael Caine should have been hopelessly miscast–and he is, to a degree. He doesn’t successfully trade his cockney accent for a New England sound, for one thing. In a movie so deeply situated in America, he sticks out like a sore thumb. But in the end, it doesn’t matter because he does manage to capture the complex nature of this man who is a father figure to countless orphans, a savior to countless women with no one else to turn to, and a serious ether addict. As he later did in Christopher Nolan’s Batman movies, Caine provides a steady emotional center: a beating heart the audience can rally behind.

Should have won in 1999: I would have gone with Jude Law’s turn in The Talented Mr. Ripley. 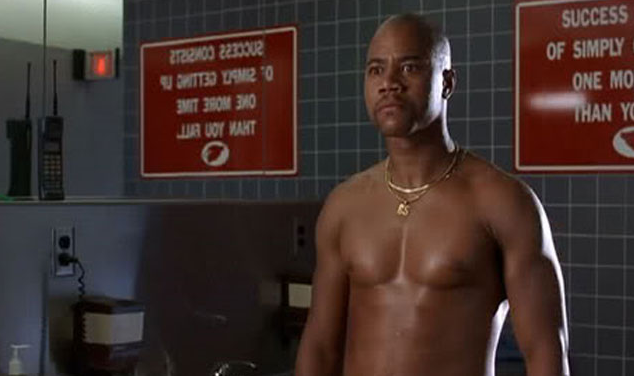 Is Gooding’s performance as Rod Tidwell, the bombastic football player out to make his name (and the titular agent’s only remaining client), Oscar-worthy? That’s debatable. But for sheer enjoyment, you can’t do much better. Besides, there’s no denying that Gooding stole every scene he was in. His infectious enthusiasm and joy set the tone for the entire film–a trait Gooding took with him to the stage at the Academy Awards, where his overjoyed acceptance speech has been a permanent fixture in the clip reel ever since.

Should have won in 1996: William H. Macy’s frenetic car salesman in Fargo.

When casting Affliction, the director really thought carefully about filling the role of the abusive father. He needed someone who could appear to dominate Nick Nolte in order to sell the storyline properly. The entire movie hinges on it. Coburn seemed an unlikely candidate, having mostly appeared in light fare up to that point. But boy did he knock it out of the park. He is terrifying. Not to mention utterly believable.

Should have won in 1998: Coburn deserved it, and his win is the only one the Academy got right that year. 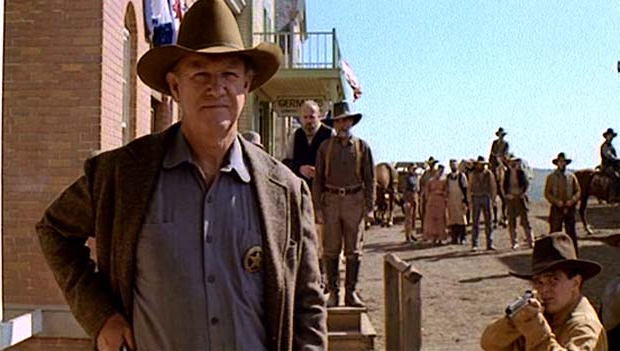 Unforgiven has the audacity to be a western that questions everything the western genre stands for, particularly in terms of violence. Gene Hackman’s Sheriff, Little Bill Daggett, is the perfect embodiment of that theme. And boy, does Hackman let loose. He chews the scenery like no one else, then dials it down, then ramps it right back up. It’s a performance full of verve and danger. So here’s a life lesson from Unforgiven: don’t cross Gene Hackman. It’s just not worth it.

Should have won in 1992: Jaye Davidson got a lot of people talking in The Crying Game, but that had more to do with his character’s reveal than anything else. Hackman deserved his second career Oscar.

I’m not a big a fan of this movie. That mostly comes down to the script, which I’ve always found a touch cloying and obvious. To be fair, Williams does an amazing job selling his role as the therapist to Matt Damon’s troubled genius. His rumpled, lived-in appearance fits the solemn, loving-but-tough, humorous personality he displays. Williams downplays all the tics and eccentricities he’s known for. Well, it would be shocking if Williams hadn’t had a history of showing his range as an actor in films like Awakenings, Dead Poets Society, and Good Morning Vietnam.

Should have won in 1997: After several previous nominations, this was Williams’ year. 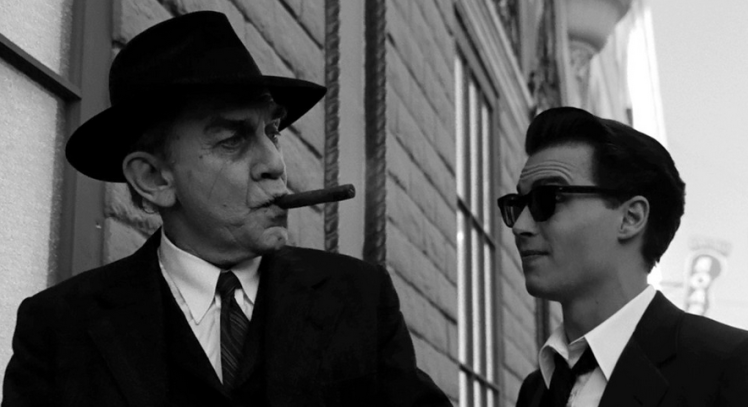 Martin Landau shone as an aging, alcoholic Bela Lugosi enjoying a second act in his career thanks to the legendarily awful director Ed Wood. His profane, heavily accented tirades make the movie. You’re so busy being entertained that you almost don’t notice the flawless craftsmanship at work here–truly, this is an astonishing recreation of Bela Lugosi, the actor most famous for bringing Dracula to life. Landau makes it look easy. You miss him any time he isn’t on screen–which is the highest compliment you can offer an actor.

Should have won in 1994: It’s tempting to say Samuel L. Jackson for his fiery turn in Pulp Fiction, but Landau’s nuanced work had a higher degree of difficulty. Landau.

I would love to argue that Pesci basically plays a version of himself in Goodfellas and is, therefore, coasting on his own personality, but it wouldn’t matter. Twenty-five years later people are still quoting Joe Pesci’s Tommy DeVito, a pint-sized gangster with a larger-than-life attitude (to say nothing of his mouth). Which makes it ironic that Pesci had one of the all-time shortest Academy Award acceptance speeches on record. It doesn’t even matter what you think of the movie or Joe Pesci in general (personally, I’m not a fan). Now go and get your shinebox. 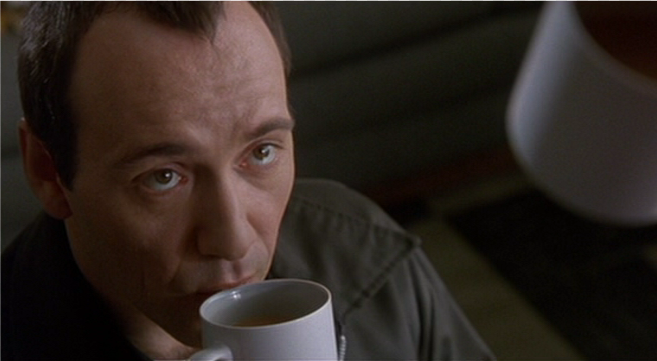 When you come down to it, Spacey’s turn as Verbal Kint had a significantly higher degree of difficulty than Tommy DeVito. And The Usual Suspects hinged on the big reveal about Verbal in the final scene–any false steps and the entire movie would have fallen apart. Spacey nailed it. He made it work. Given that he currently plays a series of arrogant bastards, it would be hard to believe Spacey as an insecure, naive guy–yet he made his entire career fooling you into believing just that.

For more, check out my Academy Awards page. Up next: Best Supporting Actress of the 90s.

Now, just for fun, let’s see what the ranking would look like if the actors who should have won got Oscar instead: