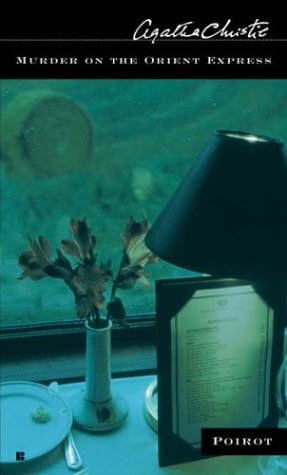 The downside of Agatha Christie’s most famous mysteries is that their secrets have fallen victim to their own success. Particularly in the internet age, it’s hard to avoid spoilers. Christie’s play The Mousetrap famously kept its ending a secret in the mainstream press despite being the longest-running play in history until its Wikipedia page repeatedly updated with spoilers (and lawsuits to censor the reveal came to nothing). For Murder On the Orient Express, spoilers came earlier in the form of a wildly successful 1974 film adaptation. With an all-star cast, the movie version became a pop-cultural touchstone, and the secrets of this, Christie’s most popular novel, leaked out into the pop culture consciousness for all time.

Which is a shame, because when Christie is at her best she is a truly devious mastermind of mystery. And I do mean devious: her best works (Murder On the Orient Express, The Mousetrap, And Then There Were None) toy with the conventional expectations of a mystery while completely confounding them.

It’s a little too convoluted and just how Hercule Poirot arrives at the conclusions that help him crack the case all-too frequently don’t make sense here, which is a touch disappointing. He–and Christie–would like you to believe that he is using the evidence to arrive at a series of educated hypotheses during his suspect interviews. Instead, it appears our famous Belgian detective is wildly flinging darts in the dark, and by some miracle they’re all managing to hit the bulls-eye. For someone who had such a unique understanding of the mystery genre, and for someone who frequently subverted that genre so effectively, Christie also had an unfortunate weakness for some of the genre’s laziest tropes in some of her other writings. It’s unfortunate to see them leaking through here, in what should have been one of her finest moments.