The Rizzoli and Isles books have been a series that I’ve followed for some years now. I enjoy them, but I am fully aware that the quality is uneven. Unfortunately, I Know a Secret is one of Gerritsen’s “off” books. There are good ideas that went into this mystery. For example, the method behind the murders is the right kind of twisted. In a better book, it would have been chilling. Instead, the focus remains on an old mystery that isn’t anywhere near as interesting as Gerritsen seems to think it is. There’s also a subplot with Dr. Isles’ mother that ultimately has no payoff at all. These distractions dilute the book’s good qualities.

On top of that, there are glaring plot contrivances. Rizzoli is repeatedly told that a project the first victim was working on was inspired by a painful episode from her past, yet she doesn’t think to find out what this painful episode was until the book is nearly over–and sure enough, it’s the key to solving the whole thing. I understand that Gerritsen couldn’t give it away too soon (otherwise there would be no book), but the handling makes Rizzoli look inept–which she most definitely is not. Furthermore, there’s a character who knows the identity of the killer, so there’s really no mystery at all. Rizzoli only has to solve it because this character won’t tell anyone (otherwise the title wouldn’t make sense). It’s shockingly clumsy plotting from Gerritsen, who is usually better than this.

There are treats for fans–including the return of Father Daniel Brophy–but there’s no denying that the book feels like it’s only half trying.

For more Rizzoli and Isles, check out the rest of my series rundown. 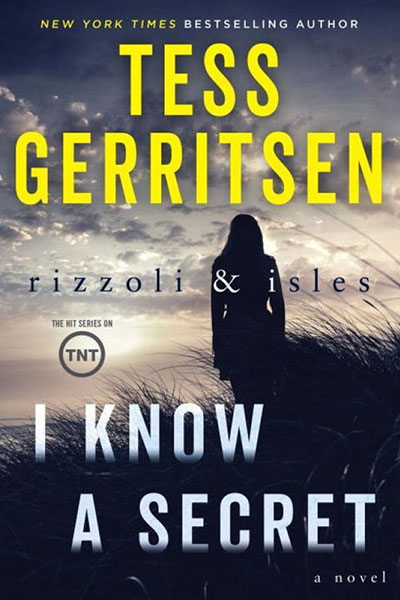