Have you ever noticed how many novels are about white guys who can’t get their life in order? SO MANY. I mean, Tom Perrotta built an entire career out of them (which didn’t work out so well in his last novel). They’re so abundant that they even manage to sneak up on you. I can’t tell you how many times I’ve picked up a book that sounded fascinating only to discover that the promised narrative is secondary to how the white male protagonist just can’t stop screwing up his life. Take Fourth of July Creek, which shifted the promised story of a reclusive anarchist to the background in favor of a white male social worker so inept and self-destructive it’s a wonder he survived as long as he has.

Obviously, each of these books should be weighed on its own merits, but the sheer volume of books featuring this type of character has made my tolerance for their stories incredibly low. If it’s going to grab my interest, it has to be either really good or come at the character from a slightly different perspective. Unfortunately, these hurdles (which shouldn’t be that hard to clear) are rarely met–even as publishers continue to churn them out into the marketplace.

I also realize that I’m essentially complaining about an entire genre–I might as well say that I’ve developed an intolerance for cozy mysteries where the female protagonist owns a quirky shop and romances the seemingly cold-hearted detective. But here’s the thing: these novels aren’t treated like a genre. They’re treated with grave respect.

This is the case with Nathan Hill’s The Nix, which received near-universal acclaim upon its release. It portends to be about the relationship between a mother and son. This relationship is complicated not only because she abandoned him when he was a child (believing she would one day cause him great pain), but because in the present she has been arrested for throwing stones at a presidential candidate with an unsettling resemblance to Donald Trump (even though this was published before he ran for President in 2016). It promises to be a whirlwind story about America’s tumultuous political century, the stifling expectations of motherhood in the not-too-distant past, and the story of a family. But it’s not.

Instead, The Nix spends its first two hundred pages barely even touching on those plotlines. Instead, we hear all about how Samuel, our protagonist, wastes away his time on a World of Warcraft-esque video game called Elfscape. Like, we hear about it a lot, with in-depth descriptions of the game, the world it portrays, and the characters Samuel hangs with while he plays instead of focusing on his work as a professor. We also take a detour into a confrontation between Samuel and a plagiarizing student handled so ineptly by Samuel that you know it’s going to snowball into a conflict that may cost him his job. Then we go into Samuel’s childhood and his friendship with his school’s bad boy (and his intense crush on that friend’s sister).

Throughout all this, we barely get any glimpses of the mother, even though the parts we do get are the only interesting parts of the book. Hill seems a capable writer, but his debut novel is far too sprawling, far too enamored of its own ideas to come to any relevant, cohesive points. Like so many books before it, it focused on an uninteresting white male character at the expense of what would have been a fascinating story. I gave up at the halfway point and I feel comfortable not knowing how Samuel’s life shakes out. 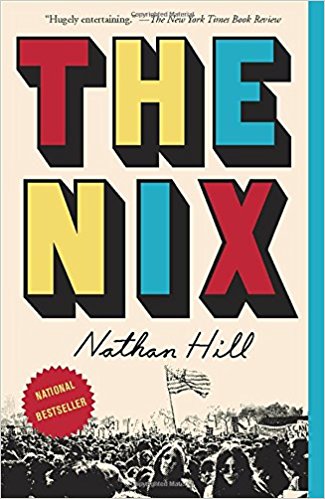