I have a condition where I want to like Alan Hollinghurst’s writing more than I actually do. The Line of Beauty was fine, but my opinion of it was helped by a BBC adaptation that smoothed out a lot of the areas I found problematic in the book itself–namely that there was something inaccessible about it. I always felt like I was observing the action at a great remove.

That problem is exacerbated in The Sparsholt Affair, in which Hollinghurst seems to be deliberately making his novel difficult to engage with. Ostensibly, it’s a decades-spanning saga about the changing attitudes regarding homosexuality after World War II with the starting point being an affair (natch) between the titular Sparsholt and the nervous gay student who is obsessed with him. The story is told in fragments that intentionally keep us at a remove from Sparsholt and his brief lover. Instead of focusing on either of them, the segment is narrated by a friend at college with only a slight interest in how the obsession plays out.

Just as things are getting interesting, we move forward in time, this time to focus on Sparsholt’s son–an adolescent struggling with his own sexuality–so Sparsholt is once again at a remove from the reader, moving on the periphery of his son’s story to pursue a suspiciously close friendship with another man. And once again, as soon as we are on the brink of a big moment, Hollinghurst moves on to the next segment.

This is how things go: Hollinghurst provides agonizingly slow set-up, then denies you any of the payoff. His structure also feels unnecessarily complicated. The Sparsholt Affair is not a novel you can casually read on the subway, it’s one that requires you to engage with it. There is nothing wrong with that on its own, but when Hollinghurst keeps teasing you and then denying you satisfaction, and when he deliberately makes his characters inaccessible to you, it just feels irritating. 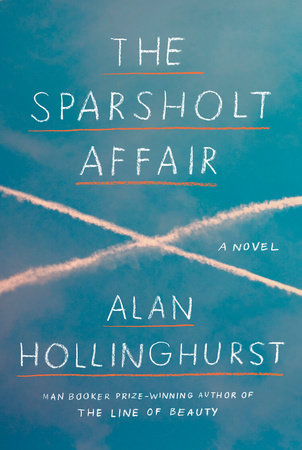