To be fair, Into the Black Nowhere is toned down compared to its predecessor, Unsub, which introduced us to the character of Caitlin Hendrix as she faced down a serial killer who enjoys antagonizing her family almost as much as committing horrible crimes. Unsub works like a checklist for overblown finales: (1) a connection with the serial killer that makes it personal, (2) an isolated showdown in an improbable setting, (3) family members or loved ones in grave danger, (4) a final twist to jolt readers, and (5) leave the door open for something about this killer to come back to antagonize our hero again like her own personal Lex Luthor.

Perhaps Into the Black Nowhere feels more subdued than the overly theatrical Unsub because its finale isn’t trying to do (2) or (5), and it only does (3) in a tangential way. It still only feels like half of a really good mystery/thriller–which is exceedingly frustrating. Gardiner has it in her to write a book on the level of Red Dragon or The Silence of the Lambs, but she always spoils it by overreaching in the end (Michael Connelly did the same thing with The Poet, which is almost a perfect mystery/thriller until it goes for too many final twists).

Into the Black Nowhere is also unlike most mystery/thrillers because Hendrix identifies the bad guy within the first hundred pages (that’s not a spoiler, by the way. It’s in the description on the dust jacket). The suspense comes from whether or not she’s going to prove it or whether or not the bad guy will be able to get revenge on her. But with more than two hundred pages left, I thought to myself “either there’s going to be a twist about who the killer is (or how many of them there are), or he’s going to escape and lead police in a race against time, or both.” You can probably guess which route Gardiner goes, and the book suffers for it.

Still, Gardiner is a solid writer for the most part, and Caitlin Hendrix is a solid protagonist. Both books in the series have been good enough for me to put aside my quibbles and look forward to the next installment. I confess that I’m nervous the next book will be very overblown given the way it’s set up here (and the promise to return to Unsub‘s unresolved antagonist), but I’ll definitely be reading it–and ultimately, that’s all that matters.

If you like procedurals like Criminal Minds, the Unsub series will be right up your alley. The DNA is very much the same, which makes it unsurprising that CBS has optioned it to adapt into a television series. 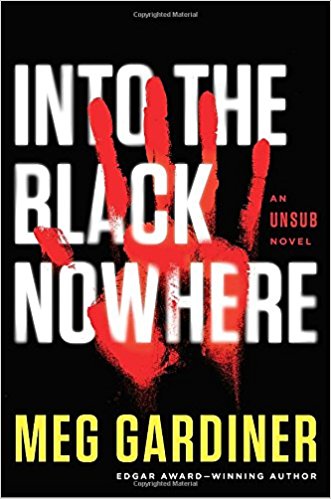