“It’s always a matter, isn’t it, of waiting for the world to come unraveled? When things hold together, it’s only temporary.”

Simply put, The Great Believers is a novel about the fragility of life; how tenuous our grasp on it–and each other–is. It is also beautiful, honest, and funny. I am not ashamed to admit that I cried several times while reading it.

In alternating chapters, the story takes place in Paris in 2015 and in Chicago from the mid-80s to the early 90s, but it also takes detours to Europe both before and after World War I. The Chicago segment focuses on Yale Tishman, a young gay man on the verge of a breakthrough art deal for his gallery even as his friends seem to be dying one by one, falling victim to the AIDS crisis. The novel opens with the death of his dear friend Nico, who was the first of Yale’s friends to die of complications from AIDS. Several will quickly follow. In 1985, a test had been developed to determine whether or not the virus was present but there was no cure (the fact that the characters are so desperate for a fix is all the more poignant because the reader is very aware that at present there is still no cure). And since the virus can live in the body for years before it ‘activates,’ Yale and his friends have no idea how far it spread (or how many of them are living with a death sentence) before they were all warned of its presence. Who is safe, who is dying, and who is potentially dangerous have all become daily questions in Yale’s life–and the answers are constantly changing.

Meanwhile, Yale’s friend Fiona (Nico’s sister) has put him in touch with her aunt Nora, who wants to donate a large collection of art to Yale’s gallery. Nora tells Yale all about her life in Europe posing for great artists, how the Great War irrevocably changed everything, and about the great love of her life: a tragic, unrecognized artist whose work she wants to see hanging alongside his better-known contemporaries. Nora’s story is a subplot to Yale’s but it functions beautifully, adding great nuance and insight to the plight of Yale and his friends.

Fiona herself moves from the periphery of Yale’s chapters to the center of the 2015 storyline. She has flown to Paris to locate her daughter, Claire, who had run away years earlier and whom Fiona has just learned has a daughter of her own. A lot is made of the fact that Claire previously spent time in a cult, both in reviews and on the book’s dustjacket, but this is actually a relatively minor role–although, as with the inclusion of Nora’s story, it serves a great purpose in the overall narrative. That she spent time in a cult tells you a great deal about how Claire sees and interacts with the world, and the anger she feels toward her mother.

While in Paris, Fiona stays with an artist friend who was also on the periphery of Yale’s story. This friend is getting ready to launch a new show featuring photographs and video from those days in Chicago, prompting Fiona to examine the scars her young adulthood left her to carry–how the guilt of being a survivor has had a butterfly effect on the rest of her life, impacting everything from her relationships to her ability to raise a child.

Remarkably, everything that happens feels organic and not contrived. Decisions and reactions from the characters feel like natural choices–even the mistakes. There’s also no shortage of genuine surprises, which is unfortunately rare in fiction. This is all the more remarkable considering that Rebecca Makkai’s original idea for this novel only included the 2015 storyline: she went back and grafted the additional narratives on when her research compelled her to include it. You would honestly never know that this novel was every intended to be anything other than what it is, which is a true testament to Makkai’s great skill and care as a writer.

Makkai’s novel works on multiple layers: as a study of character, as a study of history (and how history both repeats and leaves traces behind in subsequent generations), and as a study of relationships. It would be easy to label this book as an LGBTQ genre novel about AIDS, but like most things in life, The Great Believers defies simple categorization. I am so thoroughly impressed by what Makkai has achieved here that I cannot wait to try out her other books.

Trust me on this: lose yourself in The Great Believers. It will make your heart ache and sing at the same time. 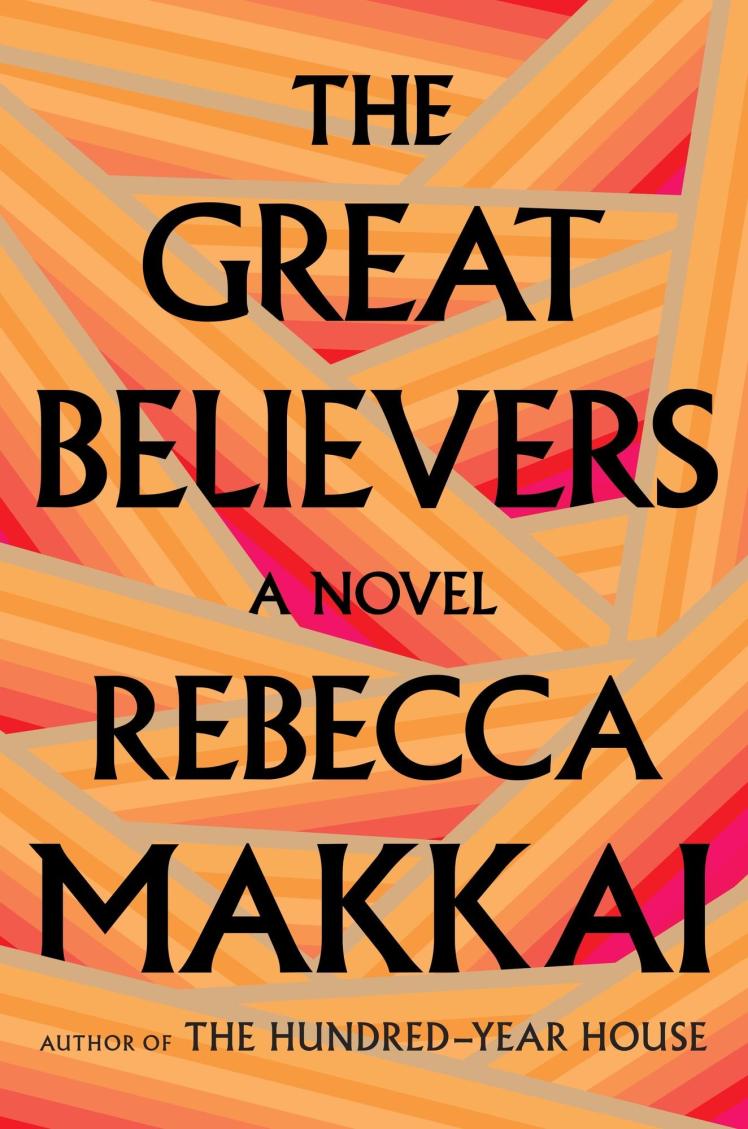