There are great performances by leading actors in the 1960s, but oddly enough the strongest performers didn’t actually win. If you’ve been following along you know that can’t factor into the ranking here, but looking at the list of what might have been at the bottom is very revealing: the top four on that list is made up of men who lost the Oscar race.

Wayne ably pulls out all his tricks cultivated over a storied career in westerns and war movies to play the cantankerous Rooster Cogburn and then some. He isn’t just doing a spin on a character he had been playing for forty-odd years at this point, he’s also playing a version of himself playing one of those parts. Wayne’s Cogburn is a knowing wink to a generation of moviegoers that had grown up with Wayne (whose first movie role was in 1926), and he rode that comforting familiarity all the way to the podium on Oscar night. He’d been such a fixture in Hollywood–onscreen and off–that this was perhaps the first acting Oscar awarded for career achievement rather than merit.

Should have won in 1969: As good as Wayne is in crowd-pleaser mode, there just isn’t much to reward here. There were three great performances by lead actors in 1969: Richard Burton in Anne of the Thousand Days, Peter O’Toole in Goodbye Mr. Chips, and Jon Voight in Midnight Cowboy. Burton and O’Toole are powerhouses but I’d go with Voight’s naive cowboy. 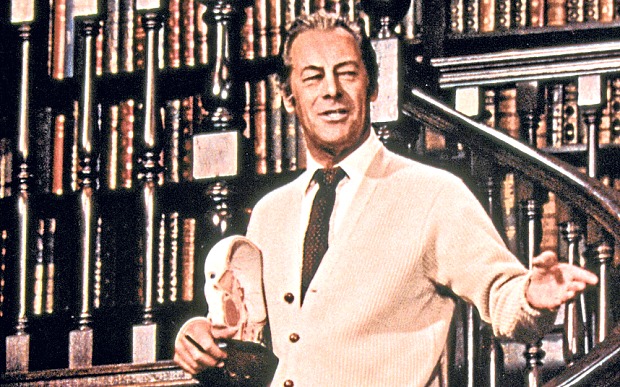 I’m trying not to let my personal feelings come into play. You see, I’m not a fan of My Fair Lady and I’m even less of a fan of Henry Higgins, the stuffy, narcissistic man who makes a bet that he can train a poor girl to pass for high society. To be fair, Higgins is the part the stuffy, narcissistic Harrison was born to play. No role would ever use the talents he possesses to better effect. The problem is that he doesn’t have that much range in the first place. He reduces all his singing to a sort of rhythmic speaking and he completely fails to give Higgins a softer side that would make him a believable romantic lead.

Should have won in 1964: Peter O’Toole and Richard Burton were equally compelling as co-leads in Becket, playing off of each other like masters playing chess. But how do you deny Peter Sellers for his three varied roles in Dr. Strangelove?

Scofield plays Thomas More, who damned himself to execution when he refused to compromise his religious principles to help Henry VIII get a divorce. Scofield gives More the necessary dignity and honor but he’s also a touch too impenetrable, leaving More a blank slate. On the one hand, I like that Scofield shows that defiance doesn’t need to be loud or in-your-face, especially when you have the moral high ground. On the other, Scofield’s quietness makes an already plodding movie that much more of an endurance test for audiences.

Should have won in 1966: Richard Burton for Who’s Afraid of Virginia Woolf? Had he won, Burton would have easily been in the top two.

Burt Lancaster was great in many roles, but in Elmer Gantry he takes his role as a traveling salesman/huckster turned evangelist and dials the intensity up to 11. In my opinion, he went too far. He’s charismatic and ably hints at Gantry’s conflicting traits, but he also drowns them out in frenzied theatrics. You can practically feel him straining for an Oscar with every over-the-top line reading. Also, whoever styled his hair in this movie deserves to be shot.

Should have won in 1960: Admittedly, there was weak competition. Here’s what I would say, though: Anthony Perkins wasn’t nominated for Psycho but did precisely the opposite of Lancaster, taking a role that could have been flamboyant and making it all the more memorable for how subdued he is.

Given that Lilies of the Field doesn’t actually give Poitier much to do other than react to nuns being stern and determined, it’s amazing how thoroughly he charms you as you watch the movie. He takes the little he’s given and makes a layered, realistic character out of it. That’s no small feat. The movie wouldn’t work without his affable performance.

Should have won in 1963: You could make a case for Tom Jones‘ Albert Finney or Hud‘s Paul Newman, but I think Poitier’s, ahem, winning turn did the trick.

Since Marvin only shows up thirty minutes into a ninety-minute movie, it’s tempting to call him a supporting actor. Yes, he plays two characters, but his noseless villain is barely in the movie at all and requires so little effort that literally anyone could have done it. Still, there’s no denying that Marvin’s arrival as Kid Shelleen in Cat Ballou makes an already fun movie even better (and that first 30 minutes hypes up his arrival, which does not disappoint). Even when he’s in the background he’s doing something you notice. So he may not have as much screen time as the other three male members of Cat Ballou’s gang, but Marvin makes darn sure he’s the focal point.

Should have won in 1965: Comedic roles have a tough go in the leading characters but Marvin is the real deal. 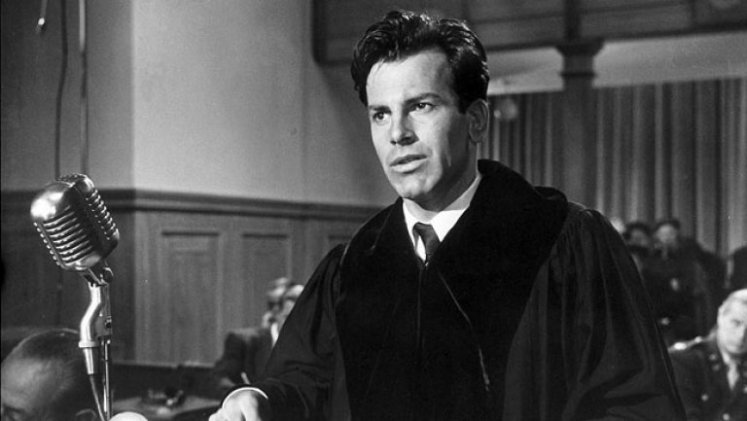 Schell’s character, the lawyer representing Burt Lancaster’s Dr. Ernst Janning, is mostly a background figure with Spencer Tracy’s character forming the narrative. Through sheer conviction and gravitas, Schell makes his presence known and steals the movie away. He becomes the embodiment of German citizens following WWII and the revelation of the horrors committed in the Holocaust–capturing both their guilt and their desire to move forward. The only mark against it is that Spencer Tracy is the movie’s real lead.

Should have won in 1961: Let’s move Schell to the Supporting Actor category, where he would handily beat George Chakiris of West Side Story. That would leave room for Paul Newman to win Best Actor for The Hustler.

Charly, is about an intellectually disabled man who undergoes a procedure that makes him brilliant. It’s a science fiction concept grounded in a realistic approach, which requires a deft performance that doesn’t reduce Charly to caricature. Robertson nails it. You can’t blame him if he embellishes the early scenes a bit because it makes the progression Charly undergoes even more startling and it makes the viewer feel complicit in pitying Charly. Even once the transition is complete, the movie makes the fact that Charly’s emotional development lags behind his knowledge a new complication. Robertson plays it all beautifully, making the conclusion feel like a punch in the gut.

Should have won in 1968: Peter O’Toole is magnificent in The Lion in Winter, but I’m sticking with Robertson’s delicate layers.

As a Sheriff trying to keep a town fraught with simmering racial tensions under control, Steiger is subtle and solid. He’s the straight man keeping the peace between the white townspeople he’s investigating for murder and the black cop he’s taken on as a temporary partner (Sidney Poitier)–a man all too familiar with racism. Steiger and Poitier play off each other very well so that each performance reveals the other (although Poitier was not nominated and Steiger was). Steiger does a great job capturing a flawed man trying to do right.

Should have won in 1967: What a great year for actors. The competition was Paul Newman in Cool Hand Luke, Warren Beatty in Bonnie and Clyde, and Dustin Hoffman for The Graduate. Steiger is great but I have to go with Hoffman.

I realize many see this as an iconic performance but I always find it a touch sleepy. Like Scofield, Peck is so focused on quiet dignity that he eschews even moderate theatrics. It works better here because Mockingbird goes bigger in other areas whereas Seasons made Scofield’s restraint an overall theme, and because Peck manages to show you Atticus Finch’s internal life–revealing how his quiet dignity is a choice, and one Atticus must work to maintain every day.

Should have won in 1962: With apologies to Mr. Peck, Peter O’Toole’s crazed Lawrence of Arabia deserved it more–even if it seems crazy that the top performance would lose its race.

For more, check out my Academy Awards page. Up next, we’ll explore the Best Actress of the 1960s.

Now just for fun let’s see what the list would look like with all the men who should have won: