You know the old complaint that there aren’t enough good roles for women in Hollywood? Consider this proof. Lots of pretty faces playing supportive wife figures. Unfortunately, the performances that would have made this a much more competitive, colorful field just didn’t take an Oscar home with them at the end of the day.

Given that, it behooves me to repeat that although I may comment on who I think should have won, whether or not an actress deserved the win cannot impact rank in and of itself.

On paper, Weisz’s performance as an activist in Africa who uncovers corruption in a remote area of Northern Kenya should have been so much weightier than it is. Perhaps it’s because The Constant Gardener only uses her as a plot catalyst. Her brutal murder sets off the movie’s action, so we only get to know her through flashbacks as her husband, the real hero of the story, investigates. That reduces her to a character archetype desperately trying to haunt a film that doesn’t actually want to be about her.

Should have won in 2005: Michelle Williams for Brokeback Mountain.

Here’s a basic character description that will pop up a lot in this category: supportive wife. Connelly’s character, Alicia Nash, is supposed to be the foundation that keeps her mentally troubled mathematician husband grounded in reality. But what this amounts to in the end is a lot of shots of Connelly staring sadly (albeit beautifully) at things. There’s nothing more for her to do than be blandly supportive of her husband. Connelly is earnest, but maybe that’s the problem. There’s no real fire or sparkle here.

Should have won in 2001: Virtually all of Connelly’s competitors would have been better choices, but I would zero in on Maggie Smith or Helen Mirren, both nominees from Gosford Park. Two-time winner Smith embodies aristocratic heartlessness, filling all her scenes with a gleeful and delicious haughtiness. But Mirren gives the film a center and a heart not only as the perfect servant but as an estranged mother, with a stoic exterior and a roiling mass of emotions underneath. Mirren should have won. 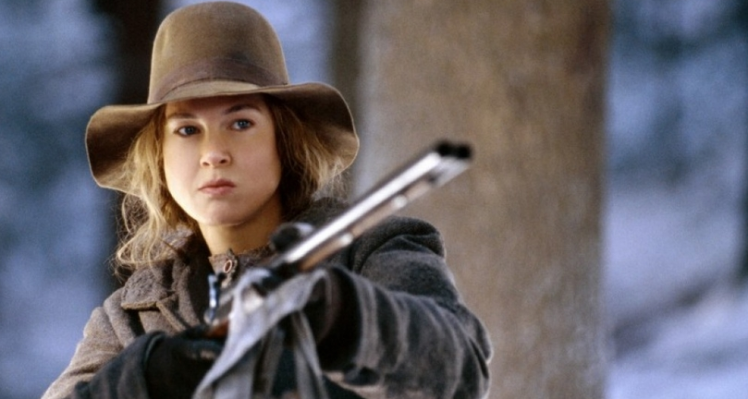 Renee Zellweger made her win inevitable through three years of Oscar campaigning. She’d lost the Best Actress race twice in a row (first for Bridget Jones’ Diary, then with a much more serious bid for Chicago). Zellweger stood out for playing a scrappy drifter in a movie that was by and large too leaden and self-serious for its own good. She provides a much-needed dose of spunk, but out of context, her scenes come across as very try-hard. At least she wasn’t another bland wife character.

Should have won in 2003: I’d go with Holly Hunter’s put-upon mother in Thirteen. 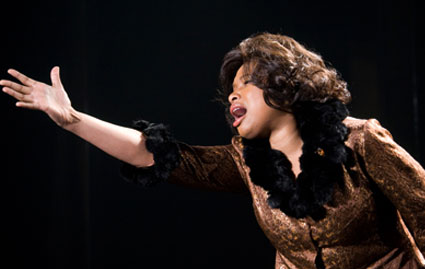 The best thing you can say about Jennifer Hudson in Dreamgirls is that she sings the musical’s most iconic song well. And still, it is flooring that that made her the frontrunner throughout award season. Sure, she belts a tune remarkably well–as anyone who saw her on American Idol could attest. Sure, she imbued the role of Effie, a member of a Supremes-esque girl group in the 60’s (who gets kicked out in order to promote their more bankable member), with sass and verve. But was this really an Oscar-worthy performance at the end of the day? I would argue not.

Should have won in 2006: Any of the other actresses nominated would have made a better winner, but the most deserving performance wasn’t among the nominees at all: Emily Blunt’s wonderfully mean assistant in The Devil Wears Prada.

Marcia Gay Harden played the titular painter’s long-suffering wife Lee Krasner, so for those of you keeping track, that’s another supportive wife character. But Harden delivers a performance that at least had depth and some steel to it. Yes, she’s yet another supportive wife. Yes, her character only exists to lift up her male counterpart to achieve greatness (keep in mind that this is based on a real woman before judging too harshly, though). But even with Ed Harris’ frenetic performance, your eye is constantly drawn to Harden and her sobering reaction shots. That says a lot.

Should have won in 2000: Kate Hudson was the frontrunner for her role as the golden groupie in Almost Famous. Harden’s win was a shock, but in the end it was the right choice.

In lesser hands, the role of Karen Crowder (a business exec trying to help her chemical company cover up its misdeeds and further her own career at any cost) would have been absolutely forgettable. Thank goodness for Tilda Swinton. Limited material can kill many a good performance, but Swinton manages to transcend the limits of her script pages to give Crowder a palpable desperation that would almost be heartbreaking if she weren’t trying to find a hired killer to solve her problems. She even makes the act of hiring a hitman tense, showing the audience the conflicting emotions Crowder feels–giving a sense that she feels trapped herself.

Should have won in 2007: Amy Ryan and Cate Blanchett were the frontrunners throughout 2007–Ryan for playing a messy mother with a missing daughter in Gone Baby Gone, Blanchett for playing Bob Dylan (seriously) in I’m Not There. Both gave deserving performances, but I’m fine with the way things ended up. 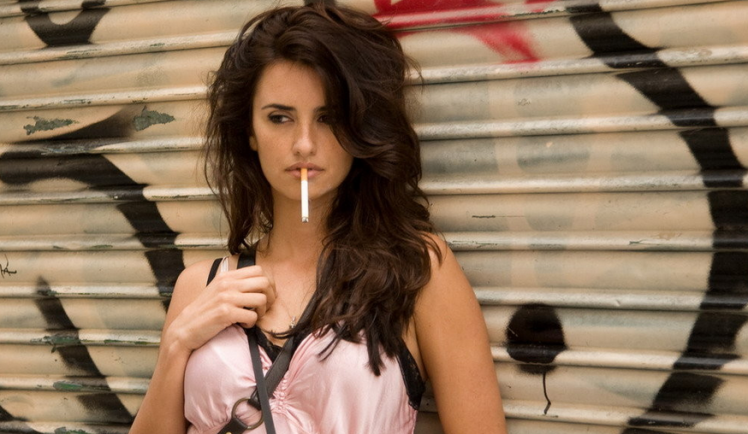 Vicky Cristina Barcelona was mostly a miss for me. Until Penelope Cruz showed up, that is. The movie starts out a fairly standard exploration of two American girls (Vicky and Cristina, natch) exploring Spain, trying to be adventurous, misbehaving a bit, and becoming entangled with a painter named Juan Antonio who oozes sexual charisma (played by Javier Bardem, natch). Just as the movie begins to tip into snooze territory, Penelope Cruz shows up as Juan Antonio’s mentally unstable ex-wife, Maria Elena, and she burns the screen to the ground. She’s fiery. She’s sexy. She’s dangerous. And she’s exactly what the movie needed to send it into a tailspin and out of its own ass.

Fun fact: because Javier Bardem won Best Supporting Actor the previous year, he was able to present his wife with her Academy Award. What have you done for your spouse lately?

Should have won in 2008: Some thought Viola Davis would take home the Oscar for her dramatic breakthrough performance in Doubt, but in the end there, ahem, was no doubt at all that Cruz deserved it. 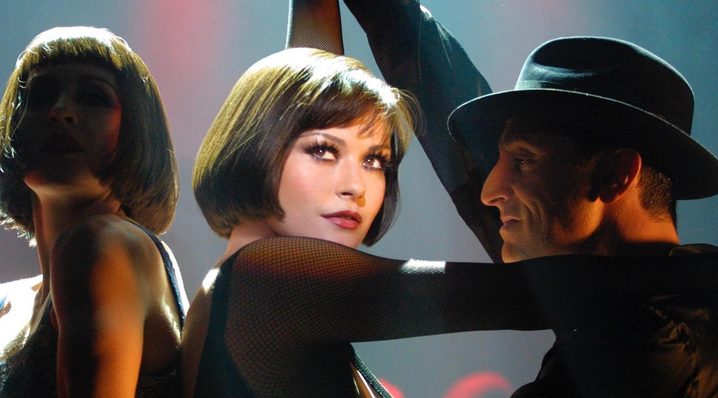 Catherine Zeta-Jones is polished and unflappable as Chicago‘s queen bee prisoner, Velma Kelly. Well, queen bee until Roxie Hart gets arrested and starts stealing all of her headlines. If you scroll through trivia about the movie on IMDb, it even turns out that a lot of the character’s signature moments were Zeta-Jones’ idea–right down to her hairstyle (director Rob Marshall wanted Zeta-Jones’ long brown locks, she insisted on the bob). As the only lead actor in Chicago with song and dance experience prior to taking their role, Zeta-Jones effortlessly imbues Velma with advanced levels of polish and grace.

Should have won in 2002: Nicole Kidman won Best Actress for what is actually a supporting role in The Hours‘ ensemble so I would move her into this category instead. Unfortunately for Kidman, I’d still go with Zeta-Jones. 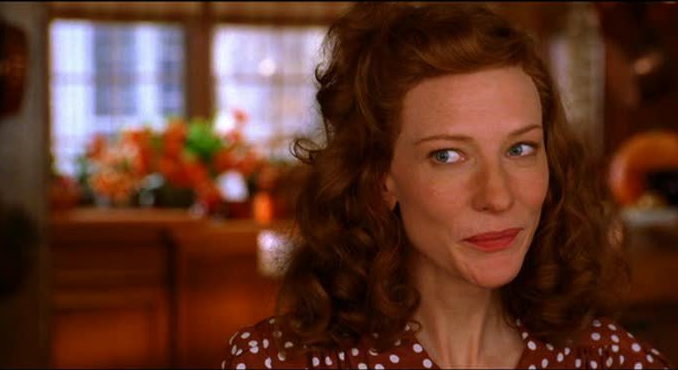 Katharine Hepburn had a larger than life persona, so it might seem difficult to imagine anyone playing her in a movie. But then, not everyone is Cate Blanchett. She was easily the best thing about The Aviator, a flawed film from Martin Scorsese that made a big bid for Best Picture and Best Director, only to lose out to Million Dollar Baby. Blanchett ended up winning the film’s biggest award, and all was as it should be. Whenever Blanchett’s Hepburn isn’t on screen, you’re kinda just waiting around for her to come back. Or maybe that’s just me.

Should have won in 2004: Some made a case for Natalie Portman in Closer or Virginia Madsen in Sideways, but this award was always intended to belong to Blanchett.

Closing out the decade with a bang–and with a bit of a shock. Let’s all be honest: if you were shown a list of Academy Award winners for Best Supporting Actress 2000-2009, would you expect Mo’Nique, a comedian, to be anywhere near the top? Nope. And yet here we are: the biggest performance by a supporting actress in the 2000’s is also the biggest surprise.

All these years after Precious came out, Mo’Nique’s performance still haunts me. Mary, her abusive mother character, plumbed unheralded depths of despair in cinema–mostly because this kind of character is largely ignored by mainstream media. Mo’Nique was the right choice to play this role because she understood it so well, as revealed in countless interviews and acceptance speeches. She knew that Mary isn’t just an abusive mother. Yes, she’s a horrible person who commits unspeakable acts against her children, but she’s also an abandoned, unloved wife. She’s also an abused, unloved daughter. She’s the product of a system and a life that crushed her every dream and left her broken. And now she’s angry. And now she’s perpetuating the behavior that made her who she is, creating a never-ending cycle of abuse and neglect.

Mary’s final scene–confessing to abuse in a social worker’s office, crying, and desperately trying to maintain her dignity at the same time–is nothing short of astonishing.

For more, check out my Academy Awards page. Up next, find out if the Best Supporting Actors of the 00’s fare any better.