The 2000’s were a curious decade for Best Picture. The Best Picture winners are remarkably hit or miss. Even among the good ones, I have a hard time finding one I feel particularly passionate about. Of course, the movie I would have felt most passionate about famously lost its Best Picture race, which we will hear about shortly.

Even so, in putting this ranking together I am sticking to my established process, in which I will comment on snubs or wrongful wins when necessary, but at the end of the day, those arguments cannot impact rank.

Crash is perhaps the most infamous Best Picture winner because it blind-sided Brokeback Mountain. The people who made Shakespeare in Love must have been thrilled, because people could finally start hating on another movie for beating a more deserving candidate. Beyond that dubious distinction, what is there to say about Crash? It’s the most embarrassingly overpraised over-simplification of race relations in America since Driving Miss Daisy–which says a lot. Not only did Brokeback deserve the win, but having Crash in the winner field means that we’re left with a stinky ol’ turd in the punchbowl when it comes to rankings like this. There’s really no other place to put this movie.

Should have won in 2005: In case you couldn’t tell: Brokeback Mountain. 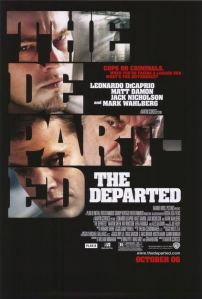 Oh look, Martin Scorsese made a violent cartoon of a movie posing as a morality play about Catholic guilt. Yawn. It’s about two cops working undercover–one infiltrating an Irish gang and one acting as that gang’s mole inside the police, both trying to ferret each other out before the other exposes him. There’s no real point, just senseless violence and misogyny. Even worse, Departed was the end-game in a campaign to award Scorsese a belated Oscar for Raging Bull, Goodfellas, and Taxi Driver. At long last, the increasingly loud Scorsese contingent had a project they could cram down everyone’s throats before finally shutting up about it. Ultimately, all they did is leave us with another turd in the punch bowl.

Should have won in 2006: The Lives of Others–which won Best Foreign Film but wasn’t nominated in the big race. Children of Men would be a close second.

In other news of Academy recognition coming too late, here’s the final installment of Peter Jackson’s Lord of the Rings trilogy. Had this win come for the first movie, we wouldn’t have any issues, but the LotR series had devolved into overblown CGI spectacle by the time the Academy decided it was overdue for a win. In fact, they over-corrected by awarding Return in every category it was nominated–giving it the largest Academy sweep ever and tying it with Ben-Hur and Titanic for the most Oscars in Academy history. Too much, too late.

Should have won in 2003: Finding Nemo deserved to win, but I also loved The Fog of War, Dirty Pretty Things, and City of God. None of these were nominated. 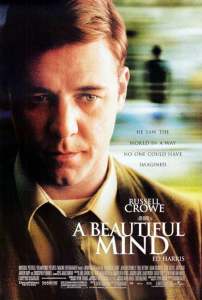 Remember my criticism of The King’s Speech? That’s A Beautiful Mind in a nutshell. It’s a prestige film that hits all the buttons Academy members traditionally love to vote for. It bathes itself in the glow of pretty cinematography, well-placed blurbs from critics, prominent performances, and voila! Academy Award success to a film that is, strictly speaking, remarkably average. It’s a system that only really assures success on a short-term basis. It gets your name in the books, but it won’t make people love you or remember you. More than a decade on, I recall little about the movie other than Russell Crowe’s bravura performance (which lost out to Denzel Washington in the Best Actor race). So it goes.

Should have won in 2001: The Lord of the Rings: The Fellowship of the Ring was the LotR movie that deserved to win.

Slumdog Millionaire is the story of a poor, uneducated man making a surprising run on the Indian version of Who Wants to Be a Millionaire? His backstory comes out along the way–revealing how every moment of his life led him to this, and how it may help him reconnect with his lost love. It’s unapologetically uplifting–the polar opposite of Million Dollar Baby. It does, however, feel a little lightweight. Charm can only get you so far in the end. But as an exercise in pure cinematic joy, don’t count this Slumdog out.

Should have won in 2008: Man on Wire, which won Best Documentary but Feature. Notably: The Dark Knight‘s failure to be nominated caused the Academy to expand the field of Best Picture nominees going forward.

Million Dollar Baby is the story of a determined but impoverished waitress who, with the help of a crusty old coach, fights her way to boxing success only to end in tragedy. It’s the ending that makes this Baby stand out–and what made the Academy acknowledge it over Martin Scorsese’s flawed favorite, The Aviator. How you respond to Baby relies on how you react to the ending. In my mind, the last thing you could call this movie is cloying, but there are those who do. For me, having Eastwood and Hilary Swank (who won her second Oscar) front and center helped. Both stars refuse to overdo it, a decision that enhances their character’s dignity and makes their fates all the more heartbreaking.

Should have won in 2004: You could make a case for The Incredibles, but in my mind it’s Eternal Sunshine of the Spotless Mind.

Kathryn Bigelow became the first-ever female Best Director winner for The Hurt Locker, the intense story of elite soldiers disarming IEDs during the Iraq War. Hurt Locker keeps you on the edge of your seat. It’s spare, unflinching, and timely. It’s gutsy and messy and not afraid to be complicated. It also had a stand-out performance from Jeremy Renner, who lost the Best Actor race but made his mark as an actor regardless. The Hurt Locker was a bold movie that came out at just the right time.

Should have won in 2009: Up is one of my favorite movies. Don’t judge me. I’m not crying–you’re crying!

I know what you’re thinking. But hear me out, and maybe acknowledge that as a gay man I’m particularly susceptible to Chicago‘s charms. First, Chicago has some timeless, subversive things to say about America, justice, and the celebrity machine. As time goes on that commentary grows more and more relevant. Secondly, Rob Marshall’s staging brilliantly transfers the musical’s iconic numbers from the stage to the screen without losing an ounce of the source material’s wicked glee. Third, the cast is on point. Sorry haters, Chicago is terrific fun. It’s one of only two movies on this list that I’ve seen more than once, and it’s the only one I’ve seen more than five times. Possibly ten. Stop judging me.

Should have won in 2002: Did you just hear me confess how many times I’ve watched Chicago?

No Country for Old Men is a spectacularly bleak movie about the violent rampage that ensues after a man finds drug money in the desert and has the audacity to think he might be able to get away with keeping it. It’s a film with great performances (particularly from Javier Bardem, who won the Best Supporting Actor Oscar) and weighty themes seamlessly culled from its source material, a novel by Pulitzer Prize-winning author Cormac McCarthy. The Coen brothers clearly respected the book and brought it to spectacular, depressing life, changing only the order in which things happen in the conclusion (not for the better, I might add. Figures that the one thing they changed would get screwed up).

Of all the Best Picture winners from 2000-2009, Gladiator has had the biggest pop cultural impact by far. Only Return of the King could come close, but Return‘s luster faded with the ubiquity of the LotR series in general. Furthermore, who was not entertained by Gladiator? It’s the saga of a Roman soldier who’s family was brutally murdered, who then gains revenge by rising through the ranks as a gladiator until he captures the attention of the nation and the treacherous emperor who betrayed him. It’s a crowd-pleasing popcorn movie with enough depth to keep critics happy–depth that comes in no small part from Russell Crowe’s deft performance as Maximus Decimus Meridius.

I said that Chicago was one of only two movies on this list I’ve seen more than once, and this is the other. Chicago still wins in repeat viewings, but it really says something for Gladiator that you would be likely to stop and settle in if you’re channel surfing and happen upon it.

Should have won in 2000: Gladiator earned it.

For more, check out my Academy Awards page. Up next, we’ll take a look at the Best Supporting Actress of the 00’s.

Now just for fun, here’s what the list would look like if all the movies that should have won took Oscar home instead: