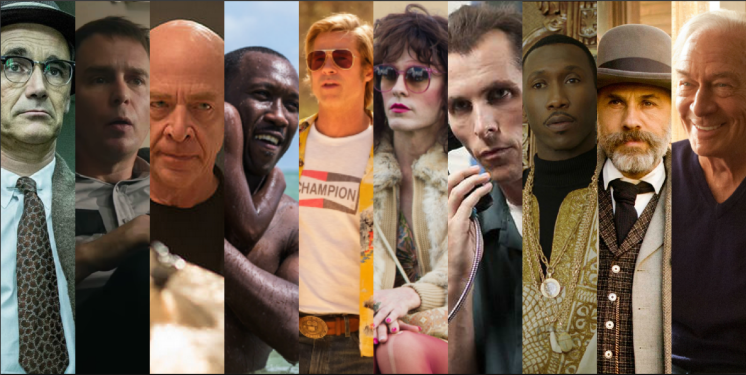 Time to determine who is the Best Supporting Actor Oscar winner of the 2010s. Again, in trying to determine the best of the best, I have decided to only focus on the men who actually won an Academy Award for Best Supporting Actor. So it doesn’t matter if you think Robert De Niro was robbed for Silver Linings Playbook–that debate is for another day (although I will comment on who I think should have won in each year).

The Supporting categories at the Oscars can be rife with category fraud (leading performances that campaign in the supporting category to increase their odds of winning), but I would say that only 2/10 of these should have been considered in Best Actor instead.

Unfortunately, the throughline for Best Supporting Actor–in this decade, at least–is that I don’t like the performances that tend to win. The top four are the only ones I actually like, so this category is the one most likely to make you think I’m a bitter man who hates everything. Oh well.

Lastly, please note that I consider all of these lists fluid–which means I can go back and make updates or changes whenever I see fit.

Rylance was mostly absent during award season and wasn’t even a lock for a nomination, so his win is one of the biggest upsets in recent memory. Unfortunately, there isn’t much to his role as an imprisoned Soviet Spy. Rylance is barely in the movie. Usually, when an actor wins for a short performance they at least get a big moment–like Beatrice Straight reacting to her husband’s infidelity in Network or Anthony Hopkins oozing menace in The Silence of the Lambs. There’s none of that here. To be fair, Rylance gives an exceptionally lived-in performance, but watching Abel scratch at his ear is not exactly compelling cinema. He’s a great understated actor but there’s not enough here to merit an Oscar.

Should have won in 2015: Rylance’s win most likely means Academy voters were reluctant to vote for Sylvester Stallone for Creed. But in what could be interpreted as a “death to Netflix” gesture, the Academy nominated Rylance instead of the SAG Award-winner for the category: Idris Elba in Beasts of No Nation. Elba deserved the win. 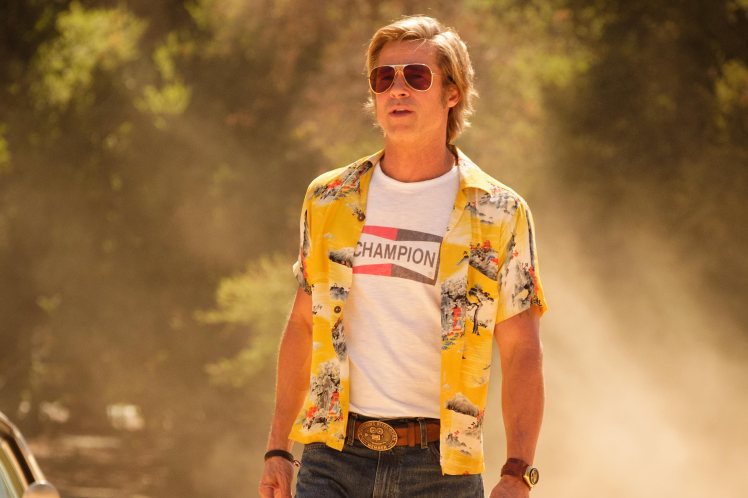 I broke my embargo on Quentin Tarantino movies to see Once Upon a Time… in Hollywood since people insisted it was a really good movie. Well, I still hated it. Pitt’s character is a big part of the problem: this movie asks us to be nostalgic for a time gone by in Hollywood by asking us to sympathize with a middle-aged stuntman who hasn’t been getting work ever since he murdered his wife and got away with it. No, really. Not only does the movie refuse to grapple with the idea that this might not be such a good guy after all, but when Pitt won he declared that he loved “the ethos” Tarantino gave his character. So on one level, the character is badly written. On another level, Pitt himself clearly doesn’t see any of the problematic areas of this character, so his performance does nothing to allow the view to reckon with them. It’s a performance that coasts on the star power and charisma of its star without any underlying substance.

Should have won in 2019: Furthermore, Pitt is a co-lead in this movie, so he didn’t belong in this category anyway. If we moved him to Best Actor where he belonged, it would make room to reward a performance the Academy overlooked with its nominations: Song Kang-ho, who brilliantly fleshed out his edge of Parasite‘s ensemble as a patriarch just trying to get by with his family.

I hated this movie. Thankfully, Christopher Plummer was its only redeeming quality as Hal Fields, an elderly man who rocks his son’s world with two announcements: that he has terminal cancer, and that he has decided to come out of the closet. Plummer turns in a sweet, heartbreaking performance, but in the end the movie is only really asking him to be an adorable old man. He does it well, but it dooms his performance to the lower ranks of the decade. Hal’s journey only matters in terms of how his coming out and death affects his son, which means Plummer never really gets much to actually do in this movie.

Should have won in 2011: You could make the case that Plummer’s strong award season was recognition for his career. You wouldn’t necessarily be wrong–but he didn’t exactly have stiff competition, anyway. It was just a weak year for supporting actors.

I haven’t seen Django Unchained. I refuse to because over the years I’ve developed an intolerance for Quentin Tarantino. So how did I know where to put Christoph Waltz on this list? I watched a bunch of clips from the movie on YouTube. I liked what I saw of Waltz’s performance but nothing felt particularly great–which is echoed from what I’ve heard from people who have seen the movie. I feel comfortable placing him here–even if I have no plans to see Django in its entirety anytime soon.

Should have won in 2012: Tommy Lee Jones did himself no favors by glowering his way through awards season, but he deserved the win for Lincoln.

Most of my problems with Three Billboards (and I have a lot) come from the script. Sam Rockwell really commits to the role of a dimwitted racist cop with an anger management problem, so it isn’t necessarily his fault that his character doesn’t make sense (as written, the character is a mess of nonsensical contradictions and oversimplifications). Like Francis McDormand, he does the best he can to make it work, tearing into the role and playing it with gusto.

Should have won in 2017: If we were going to insist on rewarding a supporting role from Three Billboards, Woody Harrelson was better. But for my money, Richards Jenkins’ lonely, depressed neighbor in The Shape of Water was much more compelling than both of them.

I can’t watch Christian Bale in a movie without constantly thinking that I’m watching him perform. He just always seems to be trying so hard. To be fair, he succeeds more often than not, but his performance as the bad-boy brother in the already-overpraised The Fighter just felt like more of the same to me. In fact, I would argue that his placement on the list has more to do with a general sense that he deserved recognition for saving the Batman franchise than anything else. His competition (John Hawkes, Jeremy Renner, Mark Ruffalo, and Geoffrey Rush) all felt more natural in their roles to me. But in the end, they didn’t win, so here we are.

Should have won in 2010: Mark Ruffalo gave a perfectly ruffled performance in The Kids Are All Right. 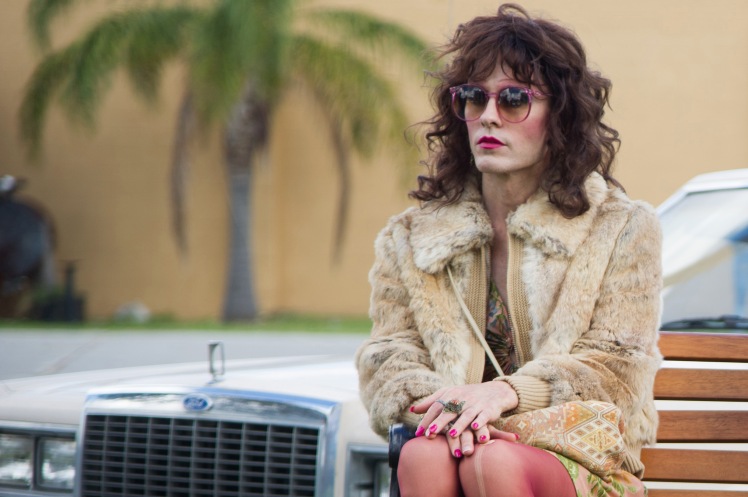 As with Matthew McConaughey, no one was more surprised than me that Jared Leto won an Oscar–let alone that he deserved it. While McConaughey was busy filling Dallas Buyers Club with blustery, eff-the-world energy, Leto was quietly giving it a heart and a soul. It’s exactly what Dallas Buyers Club needed–and the purest definition of what a supporting role should do. McConaughey fought the man while Leto embodied what the struggle was about in the first place. His messy, drug-addicted drag queen gave the AIDS epidemic a face and a context without becoming overly preachy or saccharine. Rayon wasn’t a saint, but Leto made you love him despite his rough edges. And he broke your heart.

Should have won in 2013: Leto’s performance as Rayon has become controversial over time as one of many examples of Hollywood casting a cisgender, heterosexual actor to play what is at minimum a genderfluid character. I don’t want to delve into that debate here, so suffice it to say that although trans representation definitely matters, I think Leto deserved to win.

Mahershala Ali only appears in the first segment of Moonlight, a movie divided into three acts following the life of its principal character, but Ali sets the tone for the entire movie. His Juan is a complex dude: a drug dealer who notices a struggling child and takes him under his wing to offer him some peace. He teaches him to swim, offers him shelter from his drug-addicted mother (who happens to buy her drugs from Juan), and perhaps most importantly, tells him a story about his childhood that gives us the movie’s title and central theme. Ali inhabits him with a natural instinct and an understated ease. He never oversells and yet you always feel the full impact of what Juan is going through. It’s a masterful balance. And isn’t it nice to see a movie and an actor that understand how good people can do bad things, allowing us to take in the full scope of a person so we can reckon with who they are?

Should have won in 2016: Some worried that Ali’s sudden departure from the plot would hurt his chances (indeed, Ali lost some key award indicators on the way to the Oscars). And the performance does feel slight compared to the others on this list, but in a weak year for supporting actors, I can’t point to anything that deserved it more.

You can argue with the politics behind the movie and how it is only willing to grapple with the gay, black man at its center through the lens of a white man, but at the end of the day Mahershala Ali is spectacular as Dr. Don Shirley, a concert pianist who chooses to go on a tour through the deep south in 1962. Ali makes Shirley a determined, dignified man with fussy characteristics that feel like natural tics. Shirley could have easily felt like Sheldon from The Big Bang Theory, but he does not. It’s a remarkably confident, natural performance that is also markedly different from the one that won Ali his first Oscar in Moonlight.

Should have won in 2018: At the end of the day, running Ali in the Supporting Category is indicative of the movie’s problematic suppression of Shirley’s story in favor of a white man, but the fact is that he’s more of a co-lead and therefore should have been running in Best Actor instead. That leaves me free to make a case for Richard E. Grant, who was wonderful and heartbreaking in Can You Ever Forgive Me?

This dude is absolutely terrifying. And not in that supervillain way we saw in the top 3 in the 2000s–although Simmons’ brutal teacher, Fletcher, is headed in that direction. He doesn’t try to coax the best out of his elite music students (save that crap for Dangerous Minds). No, this guys beats it out of them. Verbal and psychological abuse will also do just fine. Any other actor would have lost the double-edged sword at the heart of Whiplash: true genius and true talent require a vicious work ethic. It requires sacrifice and single-minded dedication. It requires you to be pushed beyond the limit you thought you couldn’t overcome. As much as you want to hate Fletcher, you can’t help but wonder if he has a point when he says that the two most damaging words in the English language are “good job.” Whiplash would have been nothing without J.K. Simmons, which clearly makes him the best.

Should have won in 2014: It was definitely Simmons’ year.

For more, visit my Academy Awards page. Up next: Best Supporting Actress of the 10’s.

Now just for fun, let’s look at how the ranking would look with the people who should have won: