Get ready. Things are about to get brutal. Just like the Best Actor race in the 2000s, we have a lot of big contenders here. The top 8 actors here gave incredible, mostly iconic performances. Turns out the 80s were a fine decade for leading performances, because you may remember that we also had an unusually competitive race among the Best Actresses as well. That always makes things so much more interesting.

Once again, I must remind you that I may comment on snubs when appropriate, and I’ll declare who I thought should have won in each year, but that cannot have an impact on the final ranking.

For a decade of great performances, we’re not starting off too well. Newman was a great actor who brought some of cinema’s most iconic characters to life. Try to imagine Cool Hand Luke without him, or Hud, or Butch Cassidy and the Sundance Kid. They don’t work. Yet by 1986 Newman had never won an Oscar (he had been given an honorary award just a year earlier, but he never won one competitively). The success of The Color of Money gave Academy voters a chance to make it right. Except Newman had been far better.

Should have won in 1986: It wasn’t a great year for actors, but I’d go with Bob Hoskins for Mona Lisa. It’s not a great movie to me, but his complicated, big-hearted mob hustler wouldn’t have been very compelling without the depth Hoskins gave him.

William Hurt was an Academy favorite in the 80s. He racked up three Best Actor nominations in a row, winning on the first try as Luis Molina, a man in a South American prison for homosexuality. His performance uses a litany of bad stereotypes–portraying a gay man as effeminate and dramatic. I tell myself that this is a product of the time more than anything, but it’s something I struggle with. Hurt made an active decision to play Molina as if he were a woman since Molina identifies himself as a woman in a man’s body, but this feels like a case study of white cisgender men having no real understanding of something but acting like an expert.

Should have won in 1985: It’s hard for genre movies to get a break at the Oscars, but Harrison Ford is great in Witness. 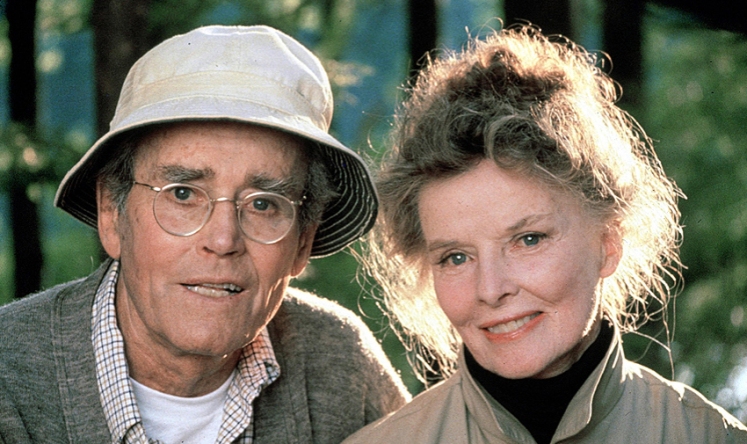 Like co-star Katharine Hepburn over in the Best Actress category, a lot of Fonda’s performance in this comes down to being an adorable elder. Like Newman, Fonda was also a perfect candidate for a lifetime achievement Oscar–after a respected career in films like Twelve Angry Men and The Grapes of Wrath, Fonda had yet to win. On Golden Pond was his last shot for Academy voters to make it right. As one half of an adorable older couple going for one last summer trip, Fonda really was quite charming as the fusty old father. His chemistry with Hepburn is divine and really makes you think they’re a couple with shared history,

Should have won in 1981: Even though I don’t particularly warm to this movie or its performances, Fonda deserved to win.

Here’s something absolutely undeniable: Gordon Gekko has come to personify corporate greed–not just in the 80s but beyond. All that comes down to Douglas’ performance. Gordon Gekko wouldn’t have half the slithery, charismatic menace without Douglas, that’s for sure. And that “greed is good” speech wouldn’t be the quotable moment it is without Douglas delivering the lines. But for all the flash, it’s also a very one-note role.

Should have won in 1987: Robin Williams was larger than life in Good Morning, Vietnam while William Hurt was solid in Broadcast News, but Douglas deserved the win.

Robert Duvall won for playing an alcoholic former country music singer. He does a lot of great, subtle work in Tender Mercies, but in a decade as competitive as this there just isn’t any room at the top. This is a spectacular, lived-in performance. Understated performances don’t get a lot of credit when they have to compete on an uneven playing field with much flashier roles, but Duvall makes a great case for the art of subtlety.

What I really love about Dustin Hoffman in Rain Man is that it’s a truly uncompromising performance. He plays an autistic man named Raymond who closes the movie the same person he was when we first met him–no character arc or personal growth. And yet, Hoffman’s performance is so moving that it doesn’t matter. It helps that the movie uses Raymond’s brother (played by Tom Cruise) as a framing device: he also has limitations when it comes to connecting with people, but he does grow and learn. You really want to understand Raymond, even though you know that he will always be fundamentally unknowable. Some say this is just a parade of actorly tics, but I think it all works in service of the movie and the character.

Should have won in 1988: Dustin Hoffman. No question.

Kingsley brings incredible dignity, humanity, and fortitude to an iconic man. Not only that, this is a performance with scope: we first meet Gandhi as a young man experiencing racism in his native India upon his return from school in Europe. From there, we follow him all the way to his assassination at age 78. The transformation during that time isn’t just the physicality of aging, although that is part of what makes Kingsley’s work so incredible. It’s a spiritual and personal transformation, from a naive young man to a wise and determined leader of his nation. Gandhi is quite literally a man who changed the world. Kingsley’s performance manages the daunting task of being a fitting tribute, and I can think of no higher compliment than that.

Should have won in 1982: Kingsley was up against seasoned, respected actors like Jack Lemmon (Missing), Peter O’Toole (My Favorite Year), Dustin Hoffman (Tootsie), and Paul Newman (The Verdict). Even with that stacked roster, Kingsley was destined to come out on top.

F. Murray Abraham’s slithery turn as Salieri is one of my favorite performances. Salieri was a composer who worked himself to the bone every day of his life to achieve recognition for his music. He is dignified, proud, and strict. Along comes Wolfgang Amadeus Mozart, a brash and immature prodigy incapable of dignified behavior. And yet incredible, beautiful music bursts from him without any apparent effort. And so Salieri decides to wage war not only against Mozart, but against the very God he believes unfairly bestowed such gifts on an unworthy man. It’s a shimmering performance.

Should have won in 1984: you could make a case that Abraham’s co-star Tom Hulce (who played Mozart) was the one whose thunder was stolen at the Academy Awards, but Abraham’s Salieri had far greater depth and nuance.

Christy Brown had cerebral palsy and grew up in a dirt-poor Irish Catholic family with 21 siblings. No seriously, his mother had 22 children (Brenda Fricker, who played her, won for Best Supporting Actress). In true Daniel Day-Lewis style, the actor completely disappears into the role. He’s effortless and astonishing. There have been many movies about people with physical disabilities, but to have one captured so completely is rare. He never once hits a false note. He also doesn’t make Christy a saint–portraying the less flattering sides of his personality and his wicked sense of humor. I criticized Day-Lewis’ winning turn in There Will Be Blood for lacking anything resembling actual humanity, so perhaps it is fitting that his work as Christy Brown is one of the most authentically human performances on film. 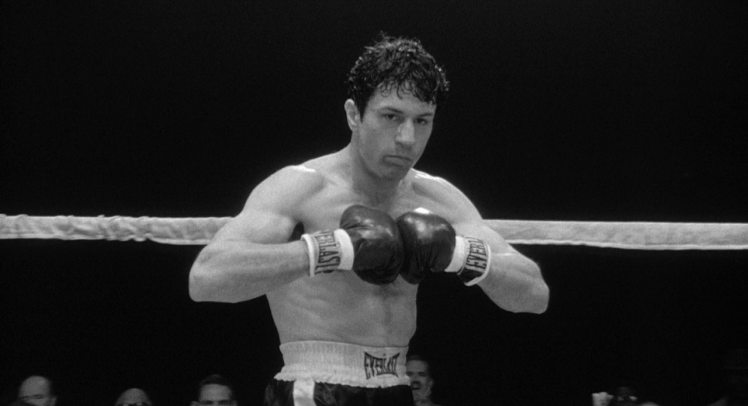 Robert De Niro has given us many iconic characters in his career. The young Don Corleone in The Godfather Part II. Travis Bickle in Taxi Driver. Even with those (and more), his turn as boxer Jake La Motta is possibly his finest achievement. La Motta is an explosive flash. The title promises rage, and De Niro more than delivers. La Motta’s destructive temper makes him a celebrated boxer even as it ruins his personal life. It’s what makes him great and his ultimate downfall. I’m not a fan of Raging Bull by any means (I’m one of those who thinks Ordinary People deserved to win Best Picture), but I have to give it up for De Niro. This is the dictionary definition of ‘tour de force.’

Should have won in 1980: John Hurt was wonderful in The Elephant Man but De Niro deserved the win.

For more, check out my Academy Awards page. Up next, we’ll move to the next decade and explore the Best Picture of the 1970s.

Now let’s take a look at what this list would look like if all the guys who should have won took home Oscar instead: