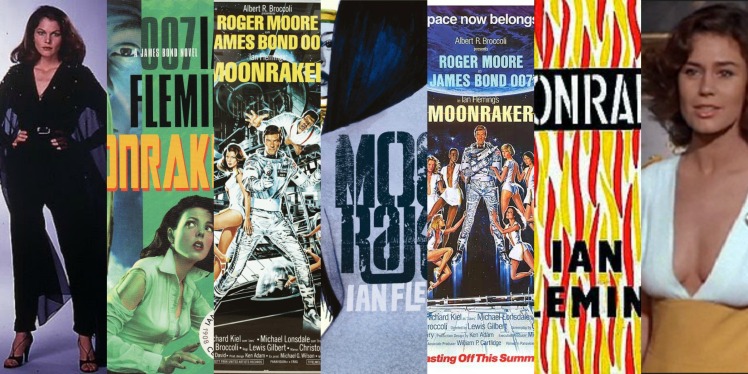 Here we have quite an interesting juxtaposition: Moonraker is the worst Bond movie ever made in my opinion, but it’s probably my favorite of the books by Ian Fleming (so far at least). How did that happen? Blame Star Wars. No really. For Your Eyes Only was supposed to be the next Bond movie after The Spy Who Loved Me (the end credits even promised that it would be), but when Star Wars came out and made big bucks at the box office producers decided to fast track Moonraker instead. There was just one problem: aside from the moon’s presence in the title the book has very little to do with space. They couldn’t bank on the popularity of Star Wars without actually sending 007 into space and including some laser gun fights (with some zero-gravity sex on the side), so they threw out roughly 90% of the book’s plot and characters.

Let’s take a closer look at the differences, shall we? Be warned: there will be spoilers. 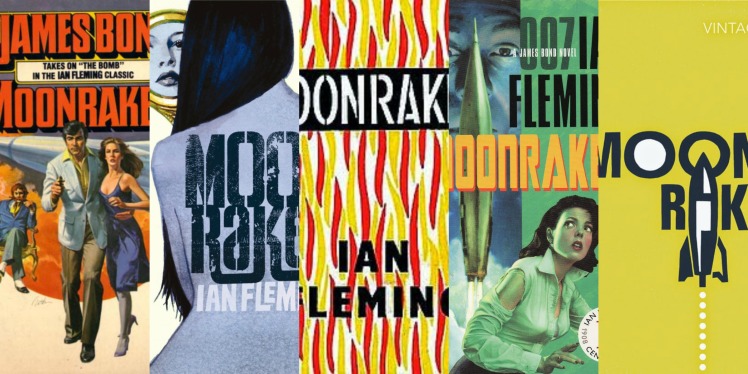 I have a full book review here, so let’s just focus on what will be different. It all starts when M asks 007 to help him determine whether or not Sir Hugo Drax is cheating at cards at M’s club. Drax is a war hero who had suffered from amnesia but bounced back by quickly becoming a millionaire, a celebrated philanthropist, and someone popularly considered to be a savior to England as he is building the Moonraker weapon system to protect the country against nuclear threat. Confronting him directly would potentially cause a scandal. Drax is noted to be a ‘Michael Lonsdale type.’

Things snowball from there when the chief of security on the project is murdered in a bar near the base. Due to the high level of importance the government places on the project (not to mention the money they’ve spent), James Bond is sent to replace the chief of security and work with an undercover agent from Scotland Yard: the beautiful Gala Brand, who has been working as Drax’s secretary for a year to maintain her cover. A crucial test of the Moonraker’s rocket is only four days away so they’ll have to work quickly to ensure no one is going to sabotage the project.

There is an attempt on Bond and Brand’s life, which lets them know there is indeed a sinister plot afoot. However, they’ve been looking at one of Drax’s confidantes as their man but it turns out the whole thing has been masterminded by Drax himself. Drax kidnaps Gala when she puts the whole thing together and realizes the test launch will actually be a real nuclear warhead Drax is going to aim directly at London. Bond realizes Gala is missing and tracks them down only to be kidnapped and brought up to speed about the plot, with the additional information that Drax was a German soldier during WWII. He was leading a violent gang of nazis who disguised themselves as British or French troops  in order to break through the front line. On one such mission he was severely wounded when he ended up in a building his team had planted explosives in after being knocked unconscious and mistaken for an actual British soldier. Realizing the mistake during his recovery, and seizing the opportunity to claim a British citizen’s identity, Drax began plotting to exact revenge on England from the inside.

Drax leaves Bond and Brand tied up in his office to get burned up when the rocket takes off. Naturally, they escape and reset the rocket’s coordinates so it will go off in the North Sea. After the rocket goes off, Drax and his nazi compatriots board a Russian submarine and drive it straight into the realigned path of the rocket, not realizing Bond and Brand had survived and altered the coordinates. The government decides to avoid scandal for the time being by pretending Drax’s death was an unfortunate accident during the test launch that necessitated the shelving of the Moonraker project. The Prime Minister offers Bond a medal for service to his country, but M declines on his behalf because their branch prizes anonymity above all else. Gala, however, does get the medal. She and Bond are ordered to go on a month’s vacation so they’re out of sight until the headlines die down. Just as Bond is planning a romantic getaway, Gala introduces him to her fiancé and says goodbye forever (being engaged was part of her cover story, but it turns out Bond wrongly assumed it was a fabrication). 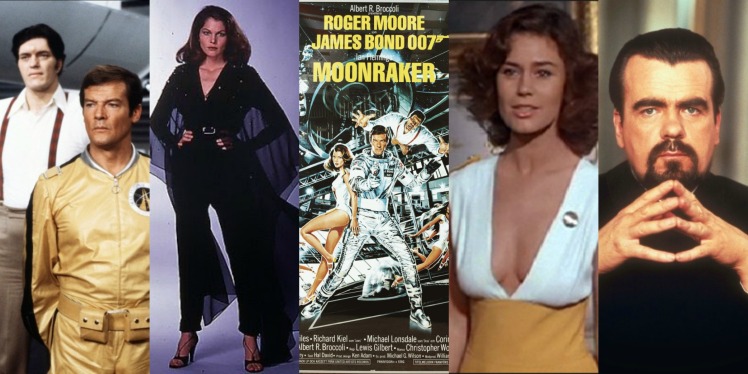 I’m only going to focus on the differences here, so check out my movie rundown for more. The Moonraker is no longer a defensive weapon system but a space shuttle on loan from Drax Industries to the British government. When the shuttle is hijacked, James Bond is sent to investigate. This takes him to Drax Industries’ home base in California, which looks suspiciously like the French countryside where the movie was filmed. Drax, who has no elaborate backstory here, pledges to cooperate with the investigation but there are two consecutive attempts on Bond’s life that somehow arouse no suspicion regarding the clearly-evil Drax–who is not only a ‘Michael Lonsdale type’ here but actually played by Michael Lonsdale.

There’s no Gala Brand to be found, but there is a Dr. Holly Goodhead–a scientist at Drax Industries who looks down her nose at 007 but will ultimately work with him after inexplicably showing up all over the world to run into 007 during his investigation. This is thinly explained with the reveal that Goodhead is a CIA agent who was spying on Drax.

There’s also a girl named Corrine Dufour at Drax,’s house, who sleeps with 007 and helps him get his investigation underway only to be literally fed to Drax’s dogs for her betrayal.

Producers write in Jaws, the popular henchman from the previous movie, as an assassin Drax hires to kill James Bond, even though that makes no sense. Bond and Goodhead eventually discover a secret base in the Amazon. There it is revealed that movie-Drax is essentially space-Hitler. He plans to destroy human life on earth by releasing nerve gas into the atmosphere from the Moonraker shuttle. He will bring what he deems to be perfect specimens of humanity into space with him to repopulate the planet once the atmosphere is clear again. He leaves Bond and Goodhead to die on the platform underneath the rocket engines but they naturally escape and board a shuttle. On the Moonraker (which Drax stole from himself [?] and hid from detection with a cloaking device), they confront Drax and manage to turn Jaws to their side when it is revealed that he and his new girlfriend don’t cut the mustard for Drax’s vision of a new human race. There’s a big laser gun fight, Drax is sucked out into space, they narrowly escape the station’s explosion, and Bond and Goodhead engage in some zero-gravity sex while they, um, prepare for reentry (an actual joke from the movie).

Do you really have to ask? In case you couldn’t tell from the description above, everything about the movie is ridiculous. And I didn’t even mention that James Bond hops a random gondola during a Venetian action sequence, then somehow manages to escape capture when this random gondola not only has a jetpack but is able to hovercraft over land as well. It might have been camp spectacle if only the movie didn’t want to be taken seriously for some reason. Instead, it’s just a disaster. The book, on the other hand, quietly builds momentum and manages to be genuinely suspenseful. The central mystery hooks you in and doesn’t let go. You could argue that the novel Moonraker caused a fixation on doomsday devices in Bond books and movies (it was the first to employ one), but its careful focus on story makes it worth your while.

For more, check out my Bond page–which has movie recaps and best-ofs. Up next, we’ll compare the film and book of Diamonds Are Forever.

One thought on “James Bond in Moonraker: Book vs. Movie”